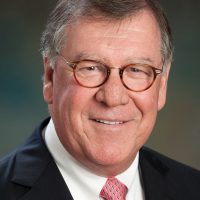 Dr. Fox is a former Ottawa and Washington Bureau Chief for the Toronto Star and appeared frequently on radio and television as a commentator on public affairs, including a stint as a member of CTV’s Pundits Panel. He has served as press secretary and director of communications to the Prime Minister of Canada.

Dr. Fox is the author of Trump, Trudeau, Tweets, Truth: A Conversation, scheduled to be published by McGill-Queen’s University Press in the spring, 2021. His previous work, Spinwars, Politics and New Media was published by Key Porter Books in 1999.

Professional Activities
In the spring of 2015, Mr. Fox was elected Senior Fellow, Massey College, at the University of Toronto. He was subsequently named Practitioner-in-Residence at the Riddell Graduate Program in Political Management at Carleton University.

Dr. Fox has served as a director on the boards of a number of business, cultural and communications organizations including the Canadian Chamber of Commerce, the Toronto International Film Festival, the Centre Hospitalier de l’Université de Montréal (CHUM) and la Place de la francophonie, the organization responsible for the French language cultural program at the 2010 Winter Olympics in Vancouver, BC.

Education
Dr. Fox holds a Doctorate in Communication, with a specialty in media effects theory, from Carleton University in Ottawa and a Master’s degree in journalism. He has also studied at l’Université de Paris (Sorbonne).