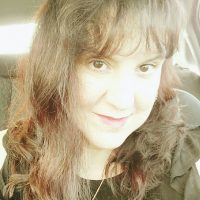 Andrea D. Lobel received her Ph.D. in Religion from Concordia University in 2015. In addition to her academic teaching and research, she is also an award-winning writer and editor.

Dr. Lobel’s research and publications have focused on religion and science, with an emphasis on Judaism, the history of astronomy in religion, and scientific knowledge transmission between Judaism, Christianity, and Islam more broadly.