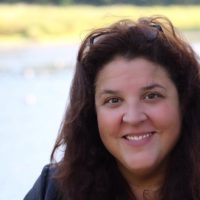 Deidre Butler’s research operates at the intersections of religion, ethics and feminist thought. Where her doctoral work developed Jewish feminist ethical frameworks in conversation with modern Jewish thought and asserted the need to integrate women’s historical experience within its purview, her current research program targets modern Jewish life and thought as its object of study and develops a sustained critique of the ways in which philosophical and cultural narratives efface and dislocate lived, particular, gendered, and embodied experiences. Her research program complicates and contests these distortions by marshaling a range of types of evidence (original ethnographic data, as well as theological, philosophical, and artistic responses).

Her current research project, in collaboration with Professor Betina Appel Kuzmarov (Law and Legal Studies),  “Even God sheds tears:” Wives, Husbands, Children, Rabbis and Activists share their stories of Jewish divorce is an interdisciplinary ethnographic project that investigates the phenomenon of Jewish religious divorce in Canada.  The project interrogates the problem of Get abuse; the phenomenon of husbands delaying or refusing to grant their wives Jewish religious divorces or delaying or refusing religious divorces in order to extort more favourable terms in a civil divorce.

Butler taught for several years at Concordia University in Religion and Women’s Studies before coming to Carleton. She is the Director for the Max and Tessie Zelikovitz Centre for Jewish Studies, as well as Academic Chairs of both the Developing Leadership Program and the Centre for Holocaust Education and Scholarship (both within the Zelikovitz Centre).