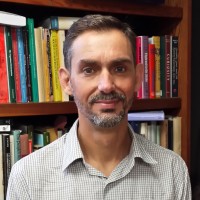 “Revisiting the Confessional: Donald Wiebe’s “Small ‘c’ Confessional,” Its Historical Entailments and Linguistic Entanglements” in: Arnal, Braun and McCutcheon, eds.,  Failure and Nerve in the Academic Study of Religion(2012)

“Why Was There Even a Reformation in Lindau? The Myth and Mystery of Lindau’s Conflict-Free Reformation” Renaissance and Reformation 40/4 (2017): 43-72.