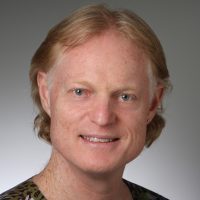 Ian Beausoleil-Morrison is a Full Professor in the Faculty of Engineering and Design, the Associate Chair of Undergraduate Student Affairs in the Department of Mechanical and Aerospace Engineering, and leads the Sustainable Building Energy Systems group.

In addition to his duties at Carleton, he is the Co-Editor of the Journal of Building Performance Simulation.  He served as a Director of the International Building Performance Simulation Association (IBPSA) from 2004 to 2020, its Vice-President from 2006 to 2010, and its President from 2010 to 2015.  He was awarded the grade of Fellow of IBPSA in 2015 and is the 2021 recipient of IBPSA’s Distinguished Achievement Award.

He has been an Operating Agent for the International Energy Agency’s Energy Conservation in Buildings Implementing Agreement.  He is past Vice-Chair of ASHRAE’s Technical Committee 4.7 on Energy Calculations, has been a Theme Leader of Canadian research networks on solar buildings, and is a member of the UK’s Engineering and Physical Sciences Research Council Peer Review College.

Prior to joining Carleton University in 2007, Professor Beausoleil-Morrison worked for 16 years at CanmetENERGY where he led a team of researchers who developed models for innovative energy systems such as micro-cogeneration and developed simulation tools for industry.