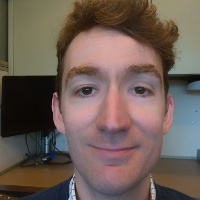 Sébastien Brideau completed his PhD in late 2016 studying a novel concept for increasing the capture and utilization of passive solar gains through windows. This involves using a large area of south-facing windows in a house and an active HVAC system composed of hydronic flooring and a heat pump to protect against overheating and to capture excess passive solar gains. He performed laboratory experiments, studied the concept through building performance simulations, and conducted full-scale experiments in the Urbandale Centre for Home Energy Research.

Prior to coming to Carleton he completed an MASc degree at Waterloo where he studied a PV-thermal system and where he helped design and build a house for the Solar Decathlon 2009 competition. He has also worked as an HVAC designer and has taught a course on HVAC at Carleton University. Sébastien is now working as a Research Scientist at Natural Resources Canada’s CanmetENERGY lab in Ottawa.