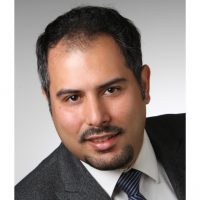 Robin Chhabra is an Assistant Professor and Canada Research Chair in Autonomous Space Robotics and Mechatronics at Carleton University. He is the founder and director of the Autonomous Space Robotics and Mechatronics Laboratory (ASRoM-Lab). He received his BASc (2006) from Sharif University of Technology, and his MASc (2008) and PhD (2013) in Mechatronics and Space Robotics – with minor in Mathematics – from the University of Toronto Institute for Aerospace Studies. He then joined the University of Calgary as a postdoc to pursue his research in Geometric Mechanics and Control.  From 2014 to 2017, Robin was a Guidance, Navigation and Control Engineer at MacDonald Dettwiler and Associates Ltd. (MDA), which is now part of Maxar Technologies. At MDA, he was involved in many leading-edge space programs, where Canada as part of the international community makes contributions to space exploration. Mainly, his research was centred around studying off-nominal behaviours of the Mobile Servicing System (MSS) operating on the International Space Station (ISS) and improving the traction control of the Lunar Exploration Light Rover (LELR). In addition to his research towards increasing the reliability and efficiency of the existing space robotic systems, Robin was contributing to the next generation of space missions, such as ExoMars and Deep-Space Exploration Robotics (DSXR).