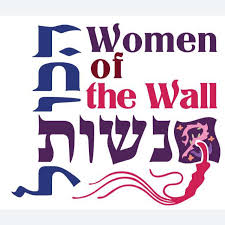 During our time in Israel, we’ve heard from a variety of women who are working within their religious or political system in order to gain autonomy over their lives and practices. This blog will focus on connecting the readings with the class lectures and the idea of autonomy.

In Norma Baumel Joseph’s article “Shema B’Kolah: On Listening to Women’s Voices in Prayer”, she discusses the silencing of Jewish women in Judaic norms. Talmudic writings suggest that women’s voices are sexually enticing, and therefore may distract men from their prayers. Due to these writings women are silenced in a literal sense at the Kotel and in synagogues. Baumel Joseph also discusses the ways women struggle to participate in the Mitzvot, since they are not commanded to follow them in the Torah. The question arises then of whether or not women should be able to opt to practice them. By removing women’s abilities to participate in these rituals, they are again silenced and removed from the forefront of typical Jewish practices. All of this relates to the issue of autonomy over religious practices, as many women, especially in Orthodox communities, are attempting to regain autonomy and agency in religious settings.

When hearing from a representative from Women of the Wall, many of the discussion points again related to this issue of autonomy over religious practices. Women of the Wall is an international feminist organization of Jewish women who are fighting for the right to pray, use a Torah scroll and sing in the women’s section of the Western Wall. They’ve been met with intense resistance and oftentimes violence while attempting to exercise their right to pray at the wall in this uncommon way. This violence and outrage comes from both women and men, and attempts to silence these women and shut down their movement- which stifles their autonomy over their religious practices. 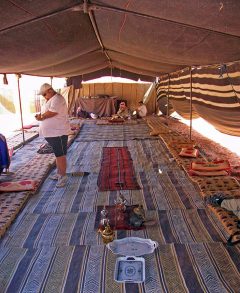 On the same topic of autonomy, we heard from our class member LX on the 16 of May, who gave us a presentation about the Mikvah, which are baths for ritual purity. One thing LX discussed was the idea of being able to reclaim this practice and therefore gaining autonomy over a practice that some view as degrading to women because of the religious writings that negatively refer to women who are on their periods. Through reclaiming this process, many women feel empowered, but this empowerment comes through choice in participating in the practice and using it for their own various reasons, rather than through a forceful participation.

Finally we see a lack of autonomy for the Bedouin women, who are part of an already marginalized group by the Israeli government, but find themselves even further disadvantaged because they are women. As we heard from a representative from the NEgev Coexistence Forum, Bedouin people have had their land rights removed and are now almost incapable of living their traditional way of life. The Bedouin women however, face issues with autonomy as they don’t traditionally have the same rights as men. They’re restricted in where they can go alone, what activities they can partake in, etc. but as we learned from the facilitator of the Bedouin Weaving program and store, education has been a large part of helping Bedouin women and girls gain autonomy over their lives and has allowed them to expand and establish their presence in everyday israeli life despite their advantages. 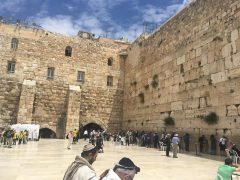 By listening to the perspectives of women in different groups that are present in Israel, we can see how women are regaining autonomy over their religious and personal lives.

Whether they’re using scripture or education to regain this autonomy, all of these women are working through both state and religious mechanisms in order to achieve their goals.