Hello friends, and welcome to my first blog. This will the first of a series of blogs documenting my travel throughout Israel, discovering things new and old in the land of mysteries.

Today was quite the adventure, and I thought it would be appropriate to start the blog here considering the ancient history which we covered. 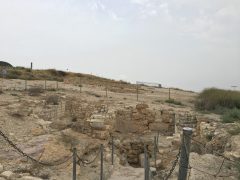 We started off with our departure from Tel Aviv Yafo, a city of rich history and beautiful beaches, making our way towards the first archaeological site of the day, Tel Maresha. To say I was in awe is an understatement. We witnessed the history of Hellenistic Jews and their life before they were wiped out by the Hasmoneans around 50 CE. We were actually able to dig out and find pieces of pottery, almost 2500 years old, which was mind-blowing. This leads to the theme which I want to centre this blog around, which is contemporary israeli identity and history (shown through archaeology).

Since we’ve arrived in Israel, through our readings in Chapter 2 of the Essential Israel: Essays for the 21st Century book, by S Ilan Troen and Rachel FIsh, as well as lectures, I’ve been confronted with the idea of Jewish people “returning” to Israel, and I wasn’t quite sure what it meant and certainly not the historical depth that it carried. Judging by what we have experienced, the history of Jewish people in the land if Israel is has become pretty clear, and the concept of returning to the land is starting to make more and more sense, as well as the importance that it carries towards the national identity of the country. In reality, Jewish settlers have been here since 2500 years ago. 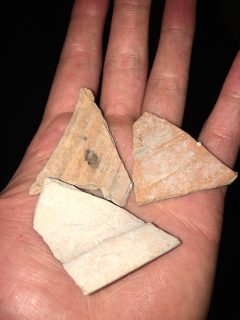 Relating to the readings, in Chapter 2 of our book, Alexander to Constantine, by Eric Meyers and Mark Chancey, it states that “For Jewish civilization, Hellenism became a vehicle by which Jewish culture could effectively express itself and preserve its ways.” (397). We actively participated in this by taking part in the archaeological dig, and many of us even kept pieces of pottery. By doing so, we bring the history of Hellenistic Jews with us and basically preserve their culture and religion.

The history of Tel Maresha was explained to us more in our readings as well, where we learnt why the city was sacked in the first place. The city was occupied throughout 3 periods, which include the Iron Age, and the Persian and Hellenistic periods. It was destroyed by the Hasmoneans essentially because the city didn’t pay their taxes, and rulers tend not to take things like that too kindly. When the city was invaded, their houses were destroyed and their basement storage and tunnel systems were filled with rubble and pottery to prevent the land from being used in the future. 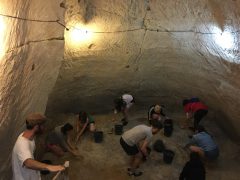 In our other reading, “Jewish Life Before the Revolt: The Archaeological Evidence”, by Andrea Berlin, we learn more about the social and religious implications of Hellenistic Jews and the significance of the pottery we found. Berlin says that “[Jews] began using stone dishes and plain, knife-parred oil lamps as markers of religious identity.” (466-467) as well as “The remains reflect shared beliefs as well as a broad desire for material possessions that would encode and reflect religious unity and identity.” (467) Taking these statements into account, a small window of understanding is offered into the social and religious lives of these early settlers. 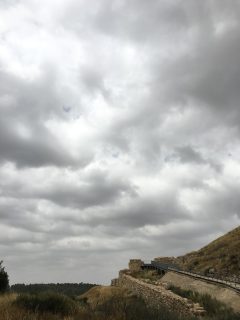 Our short visit at Tel Lachish following the dig site evoked some of the same feelings I felt walking the streets of Jaffa and digging at Tel Maresha. Old civilizations really do bring a certain feeling of nostalgia to the mind. It truly is interesting to see the remains of civilizations who were once flourishing with their individual and also interconnected social lives. A visit to the Avshalom caves acted like a cherry-on-top of an already extraordinary day, and showed me more about the different aspects of Israeli nationality, but through a different, more historical and nostalgic sense. A rich history plays a very important role in encouraging one to be proud of his/her country, I feel. 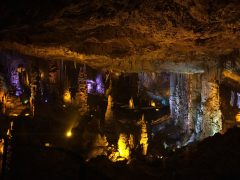 Stay tuned for future blogs, and I would love to hear any feedback!