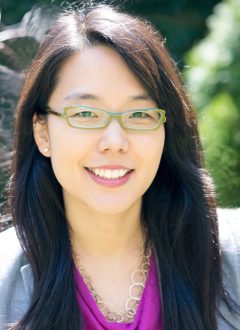 Dr. Elizabeth W. Son is an Assistant Professor in the Department of Theatre at Northwestern University, with courtesy appointments in the Program in American Studies, Asian American Studies Program, and the Department of Performance Studies. Her research focuses on the interplay between histories of gender-based violence and contemporary performance in the United States and South Korea. Her book Embodied Reckonings: “Comfort Women,” Performance, and Transpacific Redress (University of Michigan Press, 2018) examines the political and cultural aspects of contemporary performances in South Korea, Japan, and the United States that have grappled with the history of Japanese military sexual slavery. Son’s articles have appeared in Asian Theatre Journal, Theatre Survey, Theater, and e-misférica. She is the recipient of numerous national awards including research fellowships from the American Council of Learned Societies, Andrew W. Mellon Foundation, Fulbright Program, and the Woodrow Wilson National Fellowship Foundation. She received the 2016 Florence Howe Award for Feminist Scholarship from the Women’s Caucus for the Modern Languages and 2017 Honorable Mention for the American Society for Theatre Research Gerald Kahan Scholar’s Prize.
Keynote address
Title: “Embodying Redress: Military Sexual Slavery, Memory, and the Politics of Protest”
When: March 16th, 2018
Where: 251 Bank Street
Register: https://goo.gl/forms/ABUjpmno5Agy2hq03
For two and a half decades, protesters have gathered weekly across from the Japanese Embassy in Seoul, South Korea to make collective demands to the Japanese government for official recognition of and atonement for the sexual enslavement of girls and women euphemistically called “comfort women” by the Japanese Imperial military (1932-1945). As fewer survivors have been able to participate in the protests, supporters have found new ways to mark survivor presence, most notably through the installation of a life-size bronze statue of an adolescent girl. The 2015 agreement between South Korea and Japan to “resolve” the “comfort women” issue and the demand to remove the statue sparked outcry from the Korean public for its insincerity and inadequacy, further galvanizing the movement. Dr. Elizabeth Son’s talk will focus on the interplay between street protests, embodiment, and memory in South Korea and how survivors and their supporters have utilized performative strategies to reimagine and perform expansive notions of redress.  She will also discuss her multidisciplinary approach to narrating the history of a social movement.
Workshop
“The Making of Embodied Reckonings”
When: March 17th, 2018
Where: History Lounge, Patterson Hall, Carleton University
Register: Coming Soon.
Dr. Elizabeth Son will discuss the process of writing her book, which started off as a graduate seminar paper and grew into her dissertation. She will discuss her research methodology, process of revision, and integration of research with teaching.  Here is a link to her book: https://www.press.umich.edu/8773540/embodied_reckonings.