Home / News / IAS Adjunct Firoze Manji writes on Emancipation, Freedom or Taxonomy? What Does It Mean to be African?

IAS Adjunct Firoze Manji writes on Emancipation, Freedom or Taxonomy? What Does It Mean to be African? 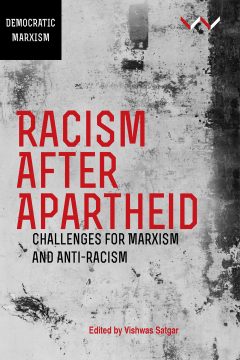 Racism after Apartheid, published this month by Wits University Press (South Africa), brings together contributions from a dozen public intellectuals from around the world that address the nature and foundations of racism internationally, but also includes a section devoted to the persistence of racism in post-apartheid South Africa. The book includes an essay by Roxanne Dunbar Ortiz, winner of the Frantz Fanon Lifetime Achievement award, on the bloody history of the struggles of indigenous people in the Americas against capitalism, Firoze Manji, Adjunct Professor at Carleton’s Institute of African Studies, on ‘African’ as a political identity, and essays on Palestine, the struggle of migrants in Europe, Hindutva and caste struggles in India, as well as on feminism and caste in India. The section on South Africa includes essays on the reproduction of inequalities, the national question, and the relationship between the national question and climate crisis.

Racism after Apartheid is volume four of the Democratic Marxism series, that have included collections on the origins of non-racialism, the unresolved national question, capitalisms crises and on Marxism in the 21st century. The book can be ordered from New York University Press in North and South America and Eurospan for the UK and Europe, as well as online retailers.