Solidarity and Shifting Patterns of Hegemony in Southern Africa

“Solidarity and Shifting Patterns of Hegemony in Southern Africa: Historical and Contemporary Perspectives.

A Conference and Festschrift in honor of Professor Linda Freeman”

Registration is free but mandatory. To RSVP, please visit www.2018IASConference.eventbrite.ca

Professor Linda Freeman of Carleton University’s Department of Political Science has been one of Canada’s    most astute observers of southern Africa and on Canadian relations with the region over the last 40 years. Her 1997 book, The Ambiguous Champion: Canada and Sout 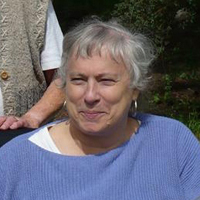 h Africa in the Trudeau and Mulroney Years, is the definitive analysis of official Canadian policy toward South Africa during the liberation struggle. More recently, she has focused her attention on the changing political economy of the region, particularly in regards to South Africa and Zimbabwe, in the post-liberation era. To mark the retirement of this eminent Canadian academic, this conference will bring together both a range of participants in the anti-apartheid movement in Canada on Day 1 to critically reflect on Canadian forms of solidarity with the region and eminent scholars on Day 2 to critically examine the recent history and current political and economic dynamics taking place within and affecting southern African.

Building on Professor Freeman’s work, the conference roundtables and academic papers will coalesce to create a critical historical and political economy analysis of two interconnected subject matters: 1) southern African liberation struggles and Canadian involvement with them; and, 2) the uneven struggles for dominance in the sub-continent since southern Africa’s freedom from minority and colonial rule.

The presentations on the first day will seek to answer the following questions: What were the promises and blind-spots of solidarity in light of current political economies and struggles in southern Africa? Can this critical discussion inform solidarity in the future? The aim will be to develop modes of understanding that will assist efforts to go beyond what many would call a developmental impasse towards a future that could rekindle the optimism of struggle solidarity.

With the coup in Zimbabwe ending the 37-year rule of Robert Mugabe and the change in the ANC presidency promising the end of the Zuma era, the dominant political parties in both countries have reconfigured in an attempt to address their severe economic and political crises.  The second day of the conference will attempt to explore the origins and nature of this new moment – globally and in southern Africa – and the likelihood that those in power will be able to re-establish their hegemony.