The Nigerian Crisis: A Virtual Roundtable 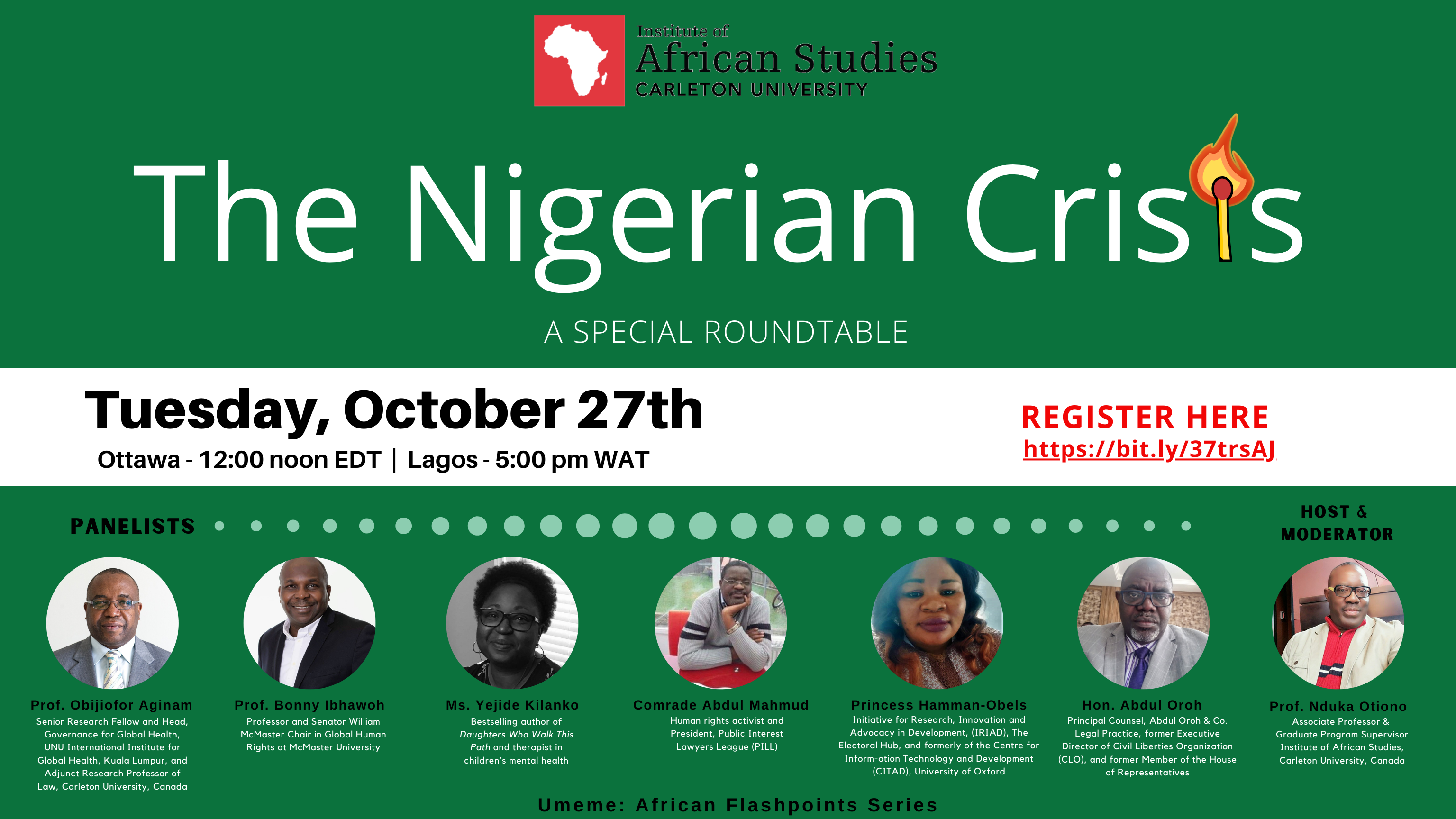 The past two weeks have been extraordinary in the life of Nigerians at home and in the diaspora. Youths in Africa’s most populous country have taken to the streets in what has come to be known as the #EndSARS uprising to protest oppressive policing and inept political leadership that have ravaged the country. What began as peaceful protests escalated in the context of a military intervention that included the fatal shooting of protesters by firing squads. Opportunistic miscreants and suspected saboteurs have capitalized on the protests to loot and burn, further inflaming the agony of many Nigerians. The international community has responded with condemnation of the shooting of peaceful protesters on October 20th at the Lekki and at Alausa Toll Gates in Lagos, the sprawling commercial capital of the country. Amnesty International reports that at least 12 people were killed and “hundreds severely injured.” The United Nations Secretary-General, Antonio Guterres; the Economic Community of West African States (ECOWAS); the US Department of State, and many world leaders have been unanimous in their censure of the tyrannical crackdown against youthful protesters, and have called for full investigations.

In response to the crisis in Nigeria, Professor Nduka Otiono of Carleton University’s Institute of African Studies has convened a special virtual roundtable under the Institute’s Umeme: African Flashpoint Series. Umeme is Kiswahili word for lightning, the perilous bolt of electricity flashing across the sky which demands attention and reactions. Invited speakers for the Zoom roundtable scheduled to take place on Tuesday October 27th (12 noon Eastern Time/ 5pm West African Time) include:

Princess Hamman-Obels, Election and Governance expert, Initiative for Research, Innovation and Advocacy in Development, (IRIAD), The Electoral Hub, and formerly of the Centre for Information Technology and Development (CITAD), University of Oxford.