16.10.07 Screening of TUNNIIT: Retracing the lines of Inuit tattoos followed by Q & A with director Alethea Arnaquq-Baril 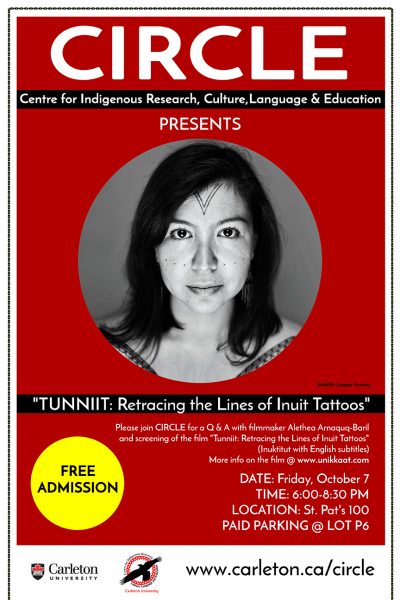 “A young woman is on a journey to revive the ancient Inuit tradition of face tattooing. Inuit tattoos have been forbidden for a century, and almost forgotten. Alethea Arnaquq-Baril struggles to find out all she can before she is tattooed herself.

She has met serious resistance from some of her fellow Inuit. However, a number of brave elders are willing to talk about the tattoos, and the massive and sudden cultural changes that caused their decline.”

For more information on “Tunniit” and other films by Alethea visit www.unikkaat.com. 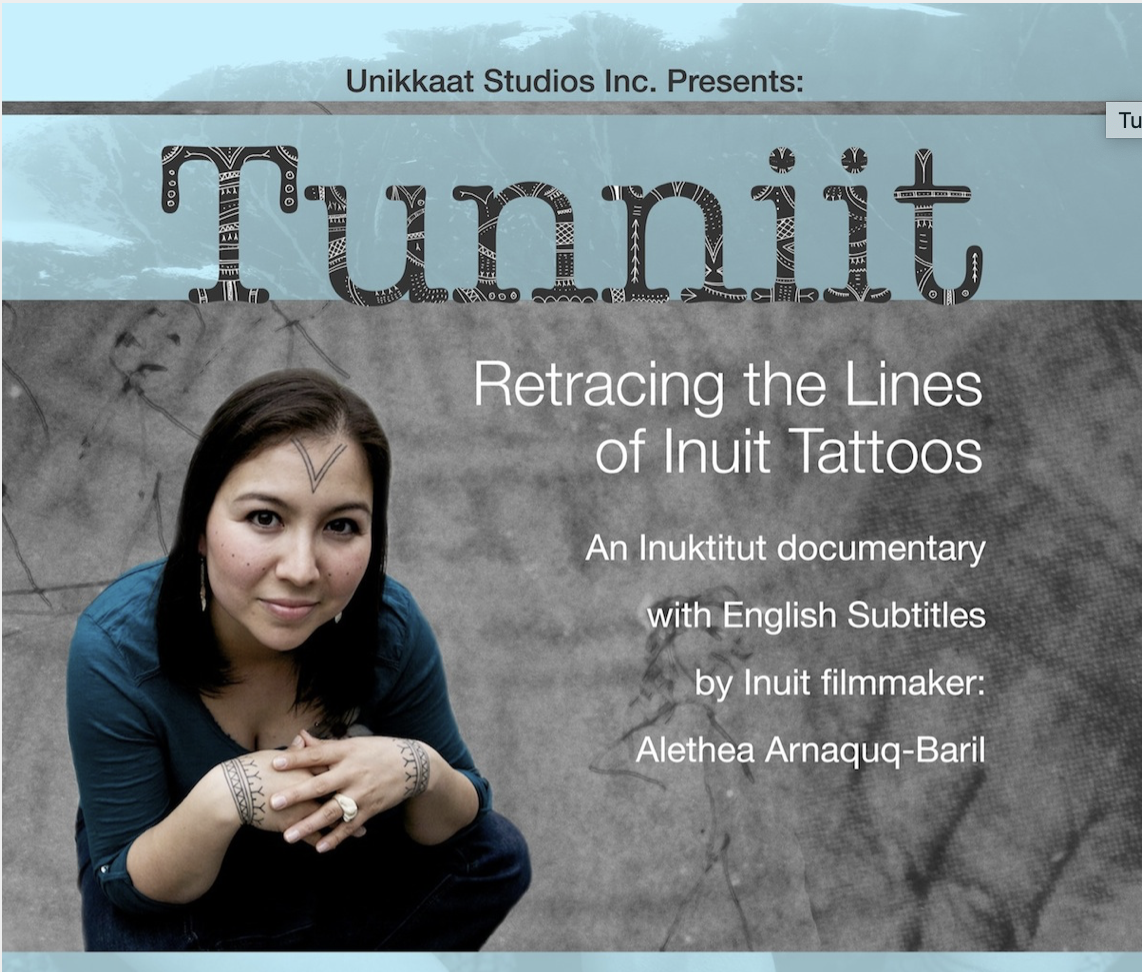