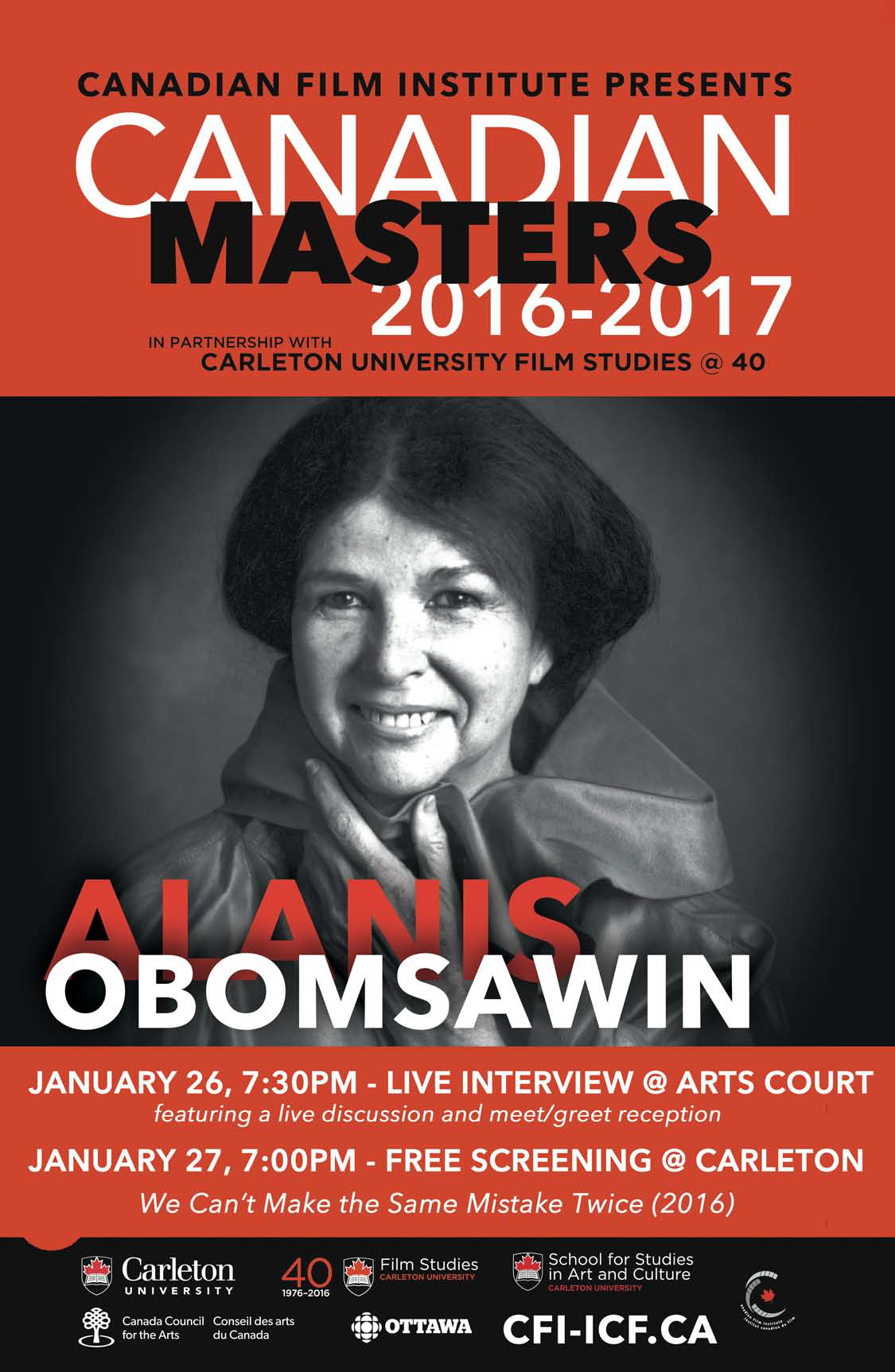 This week documentary filmmaker Alanis Obomsawin (Abenaki) will be visiting Ottawa as part of the CANADIAN MASTERS series presented by the Canadian Film Institute in collaboration with Carleton University’s School For Studies In Art and Culture: Film Studies.

The Canadian Film Institute’s Canadian Masters series is an annual celebration of excellence in Canadian filmmaking, featuring extensive onstage interviews, special screenings, and audience discussions with some of the greatest names in Canadian film history. In our 2016-2017 inaugural season, we are honoured to present three extraordinary Canadian masters of the moving image: Atom Egoyan (November), Alanis Obomsawin (January), and Guy Maddin (March). more about the CFI

Alanis Obomsawin, OC, is filmmaker, singer, artist, storyteller of Abenaki descent (born 31 August 1932 near Lebanon, New Hampshire). One of Canada’s most distinguished documentary filmmakers, Alanis Obomsawin began her career as a professional singer and storyteller before joining the National Film Board of Canada (NFB) in 1967.

Her award-winning films address the struggles of Aboriginal peoples in Canada from their perspective, giving prominence to voices that have long fallen on deaf ears. An Officer of the Order of Canada, she has received multiple Governor General’s Awards, lifetime achievement awards and honorary degrees. (The Canadian Encyclopedia)

FRIDAY, JANUARY 27 – Screening of “We Can’t Make the Same Mistake Twice” with Alanis Obomsawin in Attendance

We would like to acknowledge that the land on which this event will be held is part of unceded Algonquin territory.