NATO Warsaw Summit and the Alliance’s Eastern Flank: How to Respond to Threats Emerging from the Unstable East?

The Canada-Europe Transatlantic Dialogue is pleased to welcome Dr. Robert Kupiecki (Ministry of Foreign Affairs of Poland). Dr. Kupiecki holds the top diplomatic rank of Ambassador ad personam. He has formerly held positions as Undersecretary of National Defence (2012 – November 2015), Ambassador to the United States of America and to the Commonwealth of the Bahamas, Observer to the Organization of American States (2008 – July 2012), Director of the Security Policy Department, MFA (2004 – 2008), and Deputy Ambassador to NATO (1999 – 2004).

Dr. Kupiecki will give a short talk on the NATO Warsaw Summit and the Eastern Flank, followed by a panel discussion with experts from the Canadian Global Affairs Institute and Carleton University.

This event is free and open to the public. Registration is required.

Oops! We could not locate your form.

This event is sponsored by the Canada-Europe Transatlantic Dialogue (CETD), the Canadian Global Affairs Institute, the Centre for European Studies (CES) at Carleton University, and the Embassy of the Republic of Poland in Canada. CETD receives funding from the Social Sciences and Humanities Research Council of Canada and CES receives funding from the EU Commission and Carleton University. 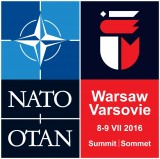