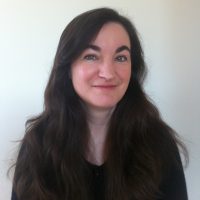 Liz Klaassen has been teaching Latin and Greek languages and literatures, Roman history, and archaeology at Carleton since the fall of 2006.

She is interested in promoting interdisciplinary work, and her research is at the intersection of history and literature. She is currently exploring the relationship between historical exempla and literary imitation. In her teaching of archaeology and history, she examines the cognitive nexus of space, memory and history.

She spent a year teaching at the Intercollegiate Center for Classical Studies in Rome, and a summer as a graduate student at the American Academy in Rome. Her archaeological experience includes a summer spent digging at Mytilene on the Greek island of Lesbos.