While I have had the pleasure of e-mailing extensively with professor Barbara Leckie, our paths had never crossed in person until last September, when I had the opportunity to come to Carleton as a visiting graduate student at the Climate Commons Working Group. Within that context, I organized a series of workshops around the topic of waste and time. My goal was to chart waste through different notions of time, as an attempt to provide an explicit locus for the discussions. Waste stands among the major environmental concerns of our time and grappling with its conceptual challenges provides an important outlook to reckon with the scalar dissonance of climate change. Moreover, the concept of waste moves fluidly between different disciplines which renders understandings of the term profoundly inconsistent from context to context.

In my own research, I am looking at nuclear waste that is stored in deep geological repositories for over thousands of years and thus poses unprecedented temporal challenges; in this context, the link between waste and time was an obvious topic for me. But nuclear waste as my initial point of entry to the study of waste tout court turned out to be an unlikely opening wedge after all. For the simple reason that, as I came to realize, most of the scholarship around waste remains largely wedded to a spatial approach, treating waste as an entity that has consequences on the way we think about and organize space; and this, despite the fact that scholarship in waste studies have certainly moved on since Mary Douglas’ influential conceptualization of waste as “matter out of place”. 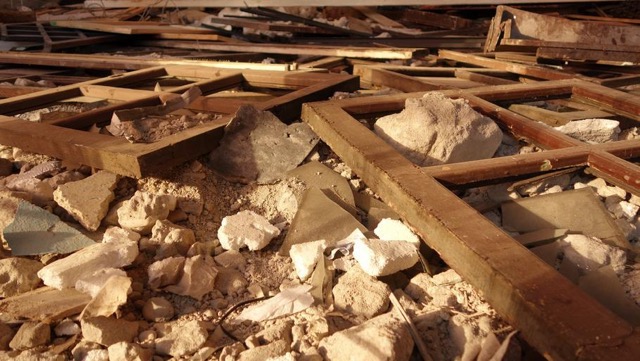 Keeping these initial thoughts in mind, I had certain expectations about the kind of themes that would come up during the discussions, but I must admit that I was pleasantly surprised by the variety of approaches that emerged – in large part due to the interdisciplinary background of the participants. The meetings were orchestrated around a selection of texts that we navigated through collective discussion: building on recent scholarship from anthropology, science and technology studies and cultural theory. We discovered waste entered the realm of temporality only to become conceptually “scattered” in improbable conversations around ruins, ethics, memory and absence. It became our interscalar vehicle, to take up Gabrielle Hecht’s relevant expression. Hecht, whose text we discussed during the last session describes interscalar vehicles as empirical objects that simultaneously occupy different political, ethical, epistemological, and affective scales that are usually ‘kept apart’ or that resist being brought together: the scale of deep time and that of human time or, on a more graspable level, the death of an animal after exposure to toxic gasses over a landfill, to the death of an entire ecosystem due to toxic waste.

The temporal ‘discontinuity’ between these scales is a challenge that remains to be addressed and it is precisely this bridging of the tiny and the incommensurable that demands innovative and creative ways of thinking about waste today. What stories could possibly translate such temporal discrepancies? For example, one of the participants, Stephan Sturve, proposed to think of a landfill as a body. Bodies, just like landfills (and deep repositories), leak – and fluids run through them before being expelled, beyond human control – only to enter other material relations in the environment. This discussion was sparked by Myra Hird’s work on the creation of an ethical framework to responsibly deal with waste. Suggesting the notion of an “ethics of indeterminacy,” this term was met with hesitation by some of the participants. They wondered, why not simply speak about uncertainty? How to deal with the uncertainty denoted by the unthinkable timeframes of certain types of waste? Throughout the sessions, it gradually became clear that developing metaphors for our understanding of waste’s temporal effects is a necessary first step to come to grips with, what Joshua Reno, another author, describes as the open-endedness of time and place of waste sites.

Through Reno’s work, we got to discuss waste sites as interstitial spaces, some temporarily, others permanently, out of circulation, in a state of limbo that has its own time. At the same time, these sites are places of intensive (financial) speculation, an observation that holds true to an even higher extent for the case of nuclear waste. We discussed this theme throughout the last session, where we had the opportunity to watch the documentary Containment, a film about the insidious legacy of the Cold War and transuranic military waste stored at the Waste Isolation Pilot Plant (WIPP) in New Mexico. The waste is supposed to stay sealed in containers deep underground, although the repository has not been entirely successful in keeping the toxicity isolated from its environment. The WIPP is a site of artistic speculation too, where artists are interested in questioning the idea of burying waste to prevent future humans from digging it out again. In that respect, the film also grappled with some nondescript earthworks that communicate the environmental hazards to humans for many millennia into the future, functioning as marking systems and thus inviting much-needed discussions on the unthinkably long futures of nuclear matter. 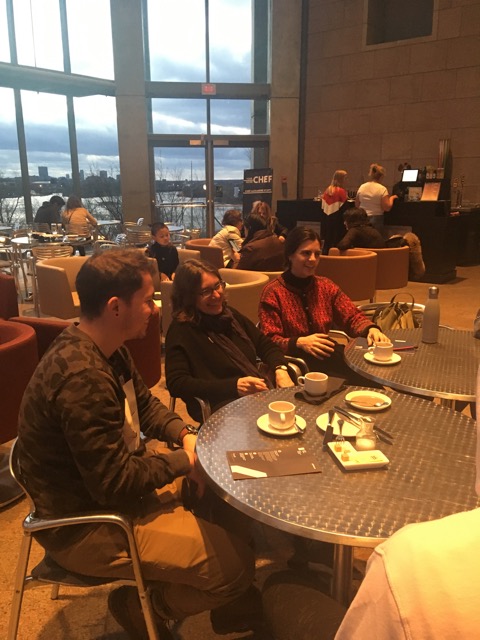 Some of us were lucky enough to be able to pursue these conversations outside the classroom, as the workshop resonated with other events on campus, such as the conference Heritage in Reverse: Material Values, Waste and Deconstruction. The conference dealt with architecture and waste, or architecture as waste, a topic we also touched on in William Viney’s article, Waste, A Philosophy of Things. Our discussions concluded around a table at the National Gallery of Canada, after a visit to the exhibition Anthropocene. We had mixed feelings about the show linked to the impression of fetishizing that these large scale photographs of extraction and waste sites produced. Covering up the environmental and social violence of these places through subliminal aerial views can be a questionable artistic strategy. In favour of the artists though, the exhibition had enough material to fuel critical discussions. Throughout these three months, the conversations stimulated a fortuitous variety of possible responses to the temporal qualities of waste, and underscored the necessity for interdisciplinary dialogue to navigate the vast spatio-temporal dimensions that encompass our current ecological condition.