Climate Change: Can we win this? Be Honest 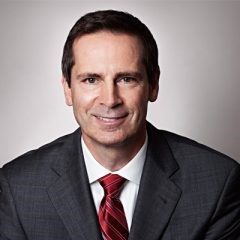 Dalton McGuinty, a lawyer, served as Premier of Ontario from 2003 -2013. Among his environmental initiatives, Premier McGuinty took the lead by closing Ontario’s coal plants, creating the Greater Toronto Area Greenbelt, banning the use of cosmetic pesticides, introducing over 50 new air standards, and passing the Clean Water Act.

Dalton McGuinty’s talk focused on the political challenges of implementing climate change mitigation policies from a politician’s perspective. Serving as Liberal leader of Ontario for 10 years, he observed that each political decision for the greater good often has negative ramifications on at least some of the population. Like regulations against cigarettes had implications for convenience store owners, Ontario’s coal phase out had consequences for coal industry workers. With this in mind, McGuinty stressed that centrists seem to not be making a good enough case to convince the public of the urgent need to advance policies to reduce emissions. This has led in part to the salience of the conservative message to “bring back” policies from the past, a message we have seen promoted recently by Ontario Premier Doug Ford and President Trump in the United States, among others.

Though climate-change denial is becoming less common with the more regular occurrence of extreme weather events such as hurricanes, droughts, and forest fires, McGuinty has observed this denial being often replaced by a sense of despair. The most recent Intergovernmental Panel on Climate Change report alarmingly states that we have 12 years to reduce emissions by such an extent that will allow for temperature increases to be capped at 1.5° C.  Yet instead of inspiring urgency, the IPCC report has left significant portion of the public feeling like it’s simply too late to act. Granted, it is certainly questionable whether the slow pace of political change can spur an energy revolution at the speed necessary to achieve the 1.5°C target.

Yet McGuinty posed several reasons for optimism.  For one, with the proliferation of new renewables such as solar and wind, prices are becoming increasingly competitive.  We are close to a tipping point where the cost of renewables will be low enough so that market forces, not policy, will be the primary reason for adoption.  Second, the success of climate-related policies abroad could nudge Canadian attitudes in a positive direction.  For example, the recent policies of some European countries to phase out internal combustion engines, with clear deadlines, could cause a chain reaction in which like policies become more politically feasible in Canada.  Finally, McGuinty emphasized that we need to remember Canadians, for the most part, are on the same side.  We hold similar views on many issues, including universal health care and gun-control.  Furthermore, he believes Canadians are united in their belief that climate change poses a problem. Where Canadian opinions on climate change diverge most is on the level of urgency needed in approaching this global challenge.