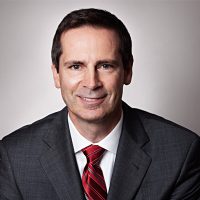 Dalton McGuinty, a lawyer, served as Premier of Ontario, Canada from 2003 to 2013. During that time, he led the Ontario Liberal Party to three successive election victories. Mr. McGuinty’s government established education, health care, the environment and the economy as its priorities achieving real gains in each area.

Since leaving politics, Mr. McGuinty has actively pursued the study and teaching of leadership and is a champion of the strong foundational principles that today’s leaders need to anchor them in the face of relentless change. Mr. McGuinty served as a Fellow at Harvard University’s Weatherhead Center for International Affairs and he is also a Senior Fellow at the University of Toronto School of Public Policy and Governance. He is on the Board of Directors of Innergex Renewable Energy Inc., Pomerleau Inc., and Electrovaya Inc. He serves as Special Advisor to the CEO of D2L Corporation and also sits on the Board of Directors of the University of Ottawa Heart Institute.

Mr. McGuinty is married to Teresa, a school teacher. Together, they have four children and three grandchildren.