by Jon Brownlee, (BHUM with Combined Honours in English, 2017) 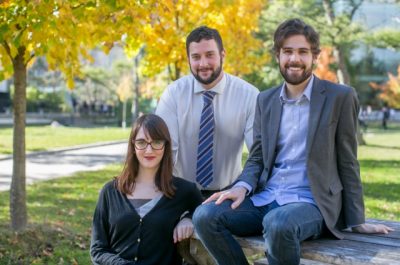 As award-winning poet and recent Carleton MA graduate Matt Jones observes, too many young writers work in isolation: they “write in a ‘stovepipe’ hoping that fate will send its tendrils down the chimney and grasp onto their manuscript.” But without an audience to offer support and feedback, novice writers can become paralyzed by self-doubt.

In/Words was devised as a possible solution to these problems. Founded in 2001 by Professor Collett Tracey of Carleton’s English Department, the student-run literary press provides students with a safe space to develop their work among peers and a platform to showcase their writing. In addition to the regular publication of a magazine that consists solely of student writing, the press publishes chapbooks (books roughly the length of a novel chapter) and runs weekly writers’ circles and monthly open-mics in the community. According to Professor Tracey, these events and projects contribute to “bringing people together here at Carleton,” creating the type of “understanding and appreciative” literary community that she envisioned at the press’s conception. 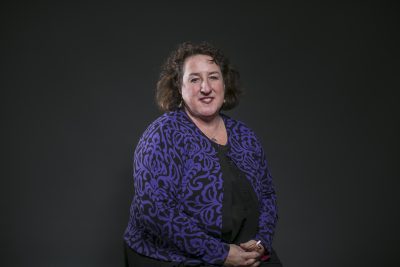 Jones, a former editor of In/Words and winner of Arc Poetry Magazine’s Reader’s Choice Award in the summer of 2014, sought out the support of this community at a turning point in his life two years ago. He had just returned home from a tour of duty in Afghanistan and, as he relates, “I was tired of being an angry man. But I believed (and continue to believe) in healing.” It was this conviction that led him to begin attending the weekly writers’ circles hosted by In/Words. His poetry was greeted with keen enthusiasm and he was soon given the chance to read at the prominent local poetry festival VERSEFEST. The poem that won him Arc Poetry Magazine’s Reader’s Choice Award is “Wounded Village,” a gritty war poem characteristic of his style. But despite his rise to prominence in the Ottawa literary community, Jones measures his literary success in personal terms: “I’m happy to report that I’m not an angry person anymore.”

Former In/Words editor Jenna Jarvis’s recent work serves as another testament to the press’s success. In 2012, her poem “River-Canal” was awarded the John Newlove Poetry Award, one of Ottawa’s most distinguished awards for local poetry. Jarvis is quick to acknowledge the importance of In/Words to her own development as a poet, citing other members of this community as her greatest influence: “It is necessary for me to see what my friends are doing, and to see how I might fit into their creative conversation.” According to Jarvis, the encouragement she received at events sponsored by In/Words provided her with the confidence to publish her work. Her winning the John Newlove Poetry Award had a similar effect: “It is delicious to hear people say of me, ‘She’s a poet.’”

The validation In/Words provides for writers was also an important motivator for Cameron Anstee, current Ph.D. candidate at the University of Ottawa and founder of Apt. 9 Press; he notes that the open mics hosted by In/Words provided him with “the necessary push to begin writing as a member of a community, rather than in isolation.” While completing his B.A. and M.A. in English at Carleton, Anstee became deeply involved with the press. This experience ignited a passion for publishing: “In/Words showed me how exciting and creative it feels to bring the work of others into the world.” Apt. 9 Press is the brainchild of this experience: since its inception five years ago, Anstee’s press has published twenty-six chapbooks. One of these chapbooks, Claudia Coutu Radmore’s Accidentals (2011), won the bpNichol Chapbook Award. Anstee claims that it was his apprenticeship at In/Words that introduced him to the world of independent publishing: “I had never seen a chapbook before, and being told that these scrappy-looking publications counted for something, that there was a community of people who would read them and take them seriously, was an exhilarating experience.”

As a scholar whose focus is little-magazine publishing in Canada and the poets who contributed to the rise of Canadian Modernism, Professor Tracey understands the importance of small presses and the communities that sustain them. With the success of In/Words, Tracey is honoured to be part of the history that she has studied: “to be able to do what Canadian Modernist poets did takes it to a completely different level of meaning.” Justin Million, another former editor of In/Words, similarly feels that his and other students’ involvement with the press “gave us nothing less than a very real sense of being personally involved in Canadian literary history.” Both Million and Anstee agree that their involvement in In/Words has enabled them to experience Canadian literary history as an intimately personal family affair. As Anstee remarks, “my best friends and many of the writers that I most admire have been associated with In/Words.” Million offers a similar account: “It was the friendships I made and the inspiration these friendships provided that still push me to write to this day.”

In/Words continues to host weekly writing circles on Wednesday evenings at Black Squirrel Books and open-mic sessions the last Wednesday of every month at The Clocktower Pub in the Glebe. For submission information or any other questions about the press, contact Professor Collett Tracey at Collett.Tracey@carleton.ca.