Janne Cleveland is the Co-ordinator of the Drama Studies Program, and has been teaching in the English Department since 2002. Her doctoral dissertation, which she earned in the Cultural Mediations program at Carleton University, is an interdisciplinary project that explores textual analysis, performance theories, and staging strategies of select works of the internationally recognized Canadian Master Puppeteer, Ronnie Burkett. She has been active in the Ottawa theatre community for many years as a volunteer jury member of the Ottawa Fringe Festival as well as the Prix Rideau Awards (the professional theatre awards of the Ottawa-Gatineau region). She has acted as a dramaturgical consultant, Assistant Director and Director on a variety of theatre projects. Her current research considers the role of theatre and drama in constituting and/or contesting national discourses in Canada. She has brought internationally recognized theatre practitioners (like Tomson Highway and Robert Lepage) to Carleton, and continues the work of developing a dynamic Drama Studies program to provide students with opportunities to engage with their passion for the dramatic.

Janne’s door is open to anyone who wants to find out more about the Drama Studies program in the English Department. 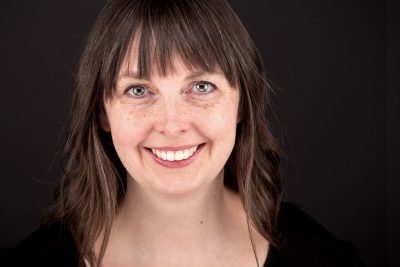 Rebecca Benson has worked as an actor, director and assistant director in Canada and the UK with Three Sisters Theatre Company, Bear and Company, Theatre Kingston, Soulpepper, the NAC, The Stratford Festival, Actors Repertory Company, The Ramshorn Theatre and TACTICS. She completed her BA in Drama at the University of Alberta, actor training at George Brown College, and her MFA in Directing at the University of Ottawa. Rebecca is passionate about political theatre that deconstructs systems of power, including the relationship between the actor and the audience, and is committed to creating space for under-represented voices and stories. Director credits include: The Russian Play (Ramshorn Theatre), Churchill’s Far Away and Bond’s Restoration (Unicorn Theatre) AutoShow (Kick and Push Festival/Convergence Theatre), The Mountaintop (Theatre Kingston), The Hours that Remain (Queen’s Native Student Association), and Heartlines (staged readings for TACTICS). Actor credits include: Cymbeline (Bear and Co), The Clean House (Three Sisters)(2018 Prix Rideau Nomination), Anybody Can Be Pussy Riot (StoreFront Festival), She Stoops to Conquer (Soulpepper), Sunday in the Park with George (GBC/Equity Showcase). Rebecca has taught with Carleton University, The University of Ottawa, The Prairie Theatre Exchange School, The Acting Company, and Ottawa Children’s Theatre. She also works in community art as an Associate Facilitator with Naomi Tessler’s Branch Out Theatre and is the Facilitator/Director for the Creative Well Theatre Project. 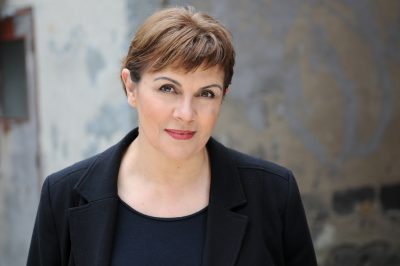 Mary has worked extensively as an actor, director and teacher for many years. Most recently she was seen as Malvolia in Twelfth Night with A Company of Fools. Other acting credits include Pericles (A Company of Fools), Vanya and Sonia and Masha and Spike (Plosive), Angel Square, Fly Me to the Moon, and Circle Mirror Transformation (all at GCTC), and God of Carnage (Third Wall), among many others.

Her directing credits include The Clean House (Three Sisters), 12 Angry Jurors (St. Lawrence College), A Midsummer Night’s Dream (A Company of Fools), Ian Tamblyn’s musical plays A Summer…A Fair and Bridge to the Past (Theatre Wakefield), Blackbird (Third Wall), and the multi-award winning The Elephant Girls, which has toured extensively in Canada, as well as to the Edinburgh Fringe, London and Dublin.

Mary has garnered numerous awards and nominations for her work, including the Prix Rideau Award for Outstanding Direction for The Elephant Girls, and the Capital Critics Award for Best Production for Blackbird.

She also teaches at The Acting Company, and has taught and directed at St. Lawrence College in Brockville.

Mary has a particular passion for Shakespeare, and welcomes any opportunity to explore his works in her teaching, acting and directing.