Our PhD Program’s dedicated speaker series brings internationally recognized scholars to the department to address major issues and new directions in the field of the Production of Literature. In addition to the formal public lecture, invited speakers share their work in progress with grad students in an intimate workshop setting. 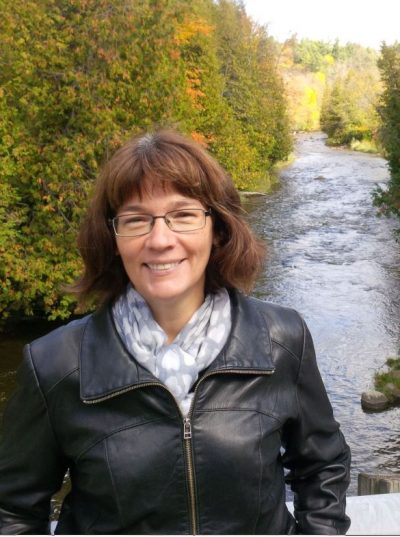 Cheryl Suzack is Associate Professor in the Department of English and Centre for Indigenous Studies at the University of Toronto. Her research focuses on Indigenous law and literature with a particular emphasis on writing by Indigenous women. In her book, Indigenous Women’s Writing and the Cultural Study of Law (U of T Press 2017), she explores how Indigenous women’s writing from Canada and the United States addresses case law concerning tribal membership, intergenerational residential school experiences, and land claims.

Her current project analyzes Justice Thurgood Marshall’s papers in the context of Indian civil rights claims from the 1960s. She is a co-editor (with Greig Henderson and Simon Stern) of “The Critical Work of Law and Literature,” University of Toronto Quarterly (Fall 2013) and a co-editor and contributor (with Shari Huhndorf, Jeanne Perreault, and Jean Barman) to the award-winning collection, Indigenous Women and Feminism: Politics, Activism, Culture (UBC 2010).

Please register in advance for the workshop: lana.keon@carleton.ca

In this workshop we’ll read recent pieces that discuss new computational methods for studying plot at large scale, including my new article, “Novel Devotions: Conversional Reading, Computational Modeling, and the Modern Novel,” which will be appearing this Spring in New Literary History. What is the relationship between plot and language? What functions do different plot structures serve? How can we best measure these across large collections of texts? And what role does modeling play in the interpretive process? These are some of the questions I hope we can address during our workshop.

PUBLIC LECTURE: “Of Topics and Topoi: On Spatial Reading”

With all of the recent work that uses topic models to study large amounts of texts, no one has as yet stopped to ask the question, “What is a topic?” Ranging from classical rhetoric to computational models, this talk will explore the nature of topics and the way they are currently being understood and deployed within the field of cultural and literary analytics. My goal is to better understand the nature of computational topics and the types of conceptual entities for which they stand, and more importantly, the way they represent open, generative language fields rather than closed conceptual units. Andrew Piper is Associate Professor and William Dawson Scholar in the Department of Languages, Literatures, and Cultures at McGill University. His work explores the application of computational approaches to the study of literature and culture with a particular emphasis on network theory. He directs the digital humanities laboratory, .txtLAB @ McGill, and is the lead investigator on two multinational research projects, the Digging into Data project, “Global Currents: Cultures of Literary Networks, 1050-1900,” and the SSHRC partnership grant, “NovelTM: Text Mining the Novel,” which brings together 21 partners across North America. He is the author most recently of Book Was There: Reading in Electronic Times (Chicago 2012) as well as Dreaming in Books: The Making of the Bibliographic Imagination in the Romantic Age (Chicago 2009), which was awarded the MLA Prize for a First Book and honourable mention for the Harry Levin Prize for the American Comparative Literature Association.

“Enclosing the Subject” (from current project, Crowds and Party) Professor of Political Science at Hobart and William Smith Colleges in Geneva, New York and Erasmus Professor of the Humanities in the Faculty of Philosophy at Erasmus University in Rotterdam, Jodi Dean is one of the most exciting and incisive diagnosticians of our contemporary moment. Spanning the theoretical terrain of feminism, media theory, psychoanalysis, and Marxism, her work offers a profound and far-reaching challenge to the complacencies of the neoliberal imagination. She is the author of The Communist Horizon (2012), Blog Theory: Feedback and Capture in the Circuits of the Drive (2010), Democracy and Other Neoliberal Fantasies: Communicative Capitalism and Left Politics (2009), Žižek’s Politics (2006), Publicity’s Secret: How Technoculture Capitalizes on Democracy (2002), Aliens in America: Conspiracy Cultures from Outerspace to Cyberspace (1998), and Solidarity of Strangers: Feminism After Identity Politics (1996).

Priscilla Wald (Duke University), “How Do You Know You’re Human?: Bioslavery in the Moment of Biotechnology”

Alan Galey (University of Toronto), “The Dark Basement of the Digital Humanities: Shakespeare and the Prehistory of the New Media Prototype”

Heather Murray (University of Toronto), “The CANLIT Project, and the Question of a National Reader”

Peter Stallybrass (University of Pennsylvania), “The Materiality of Writing”

Linda Hutcheon (University of Toronto), “In Defense of Literary Adaptation as Literary Production”