The Department of English Language and Literature is pleased to announce Nadia Masri and Kamal Riahi as their Writers-in-Residence for 2021–2022.

Masri and Riahi arrive at Carleton University as two internationally influential writers who have each made their distinct mark on arts, culture, and journalism across the Arab world and beyond.

Riahi is a Tunisian novelist, literary critic, and broadcaster who has written, produced, and presented programmes on the novel for Tunisian radio and television. He is also a regular contributor to Arab and international cultural media. His work has appeared in such acclaimed outlets as The New York Times, Ultrasawt Magazine, and Al Jazeera.

He is the author of four celebrated novels – The Scalpel (2006), The Gorilla (2011), The Rouge’s Lovers (2015), and most recently, The Baretta (2020), a postmodern novel about political assassination and death. The Gorilla is forthcoming in English as One Night in Tunisia. English excerpts of The Gorilla/One Night in Tunisia include “Insurrection” and “Dog Hunting”; “The Baretta Always Wins” is a chapter from The Baretta; and “Its Name is ‘Bird’” is from The Rouge’s Lovers.

Riahi has also published two short-story collections, Seagulls of Memory (1999) and My Face Was Stolen (2001), as well as an intimate work in diary form, One-to-Nothing for the Dead Man (2018). His many works on literary criticism include The Movement of Fictional Narrative (Amman, Dar al-Mijdalawi, 2005), The Novels of Wacini Laraj (Tunis: Karim Sharif Publications, 2009), Nasr Hamed Abu Zeid: Thinking in the Face of Takfir (Tunis: Karim Sharif Publications, 2014), and The Art of the Novel (Algeria Reads, 2018).

The Scalpel was awarded the 2007 Comar d’Or Award for the Best Tunisian Novel, and in 2010, Riahi was named one of the five best writers under forty for the International Prize for Arabic Fiction. For his work, Riahi has also been the recipient of the Ibn Battuta Prize for Memoir (2018) and the Academy Prize for the best cultural programme on Tunisian television (2015).

Riahi is a passionate writer committed to the power of storytelling to bridge cultural and political differences. “Since I started writing fiction,” he explains in an interview, “I focused on the marginalized groups in Tunisia, whether socially or racially … we are a sick society which still suffers from the complexes of race and color.” He founded the creative writing lab Beit al-Khayal (House of Fiction) in 2014, and then in 2018, he established Beit al-Riwaya (Centre for the Novel). Riahi has also led numerous creative, journalistic, and critical writing workshops in Tunisia and the Arab world.

Riahi recently began a project which will consider representation and identity in contemporary Canadian literary fiction. He looks forward to collaborating with his Carleton University peers on this work.

“I am honoured to join Carleton University for its active and supportive creative community. The Department of English Language and Literature is providing me with the chance to thrive and to work on creative projects that explore profound change in our understanding of otherness,” he says.

“I believe it is necessary to foster a deep understanding of literature and its intersections with cultural contexts. Such an endeavour promotes diversity and a multi-layered vision of identity.” 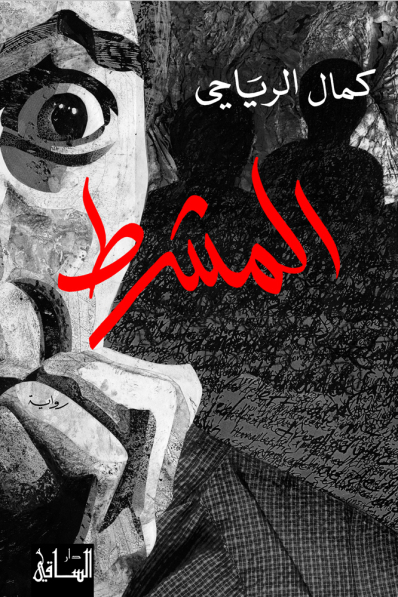 Masri is a Lebanese journalist with an academic background in law and political science who has worked at the creative writing lab Beit al-Khayal (House of Fiction) since 2016. She has also worked as a reporter and editor at digital magazines and newspapers, including Al Sharq and Al Joumhouria in Lebanon. In radio, she has worked as a producer for Tunis Cultural Radio, and in television, she has worked as a program producer and editor at Al Arabiya TV and as an assistant producer for Al Jadeed TV. Moreover, Masri has experience in politics and governance, having been staff for the former Secretary-General of the Council of Ministers and the former Ambassador at the Islamic Cultural Centre in Beirut, Lebanon.

Masri is also an expert in research statistics, having worked at the Statistics Division of the Consultation and Research Institute and as Head of Statistics for the Beirut International Arabic Book Fair.

For her current project, which she intends to pursue as a writer-in-residence at Carleton, Masri will explore modern Canadian novels through interviews with authors. She plans to translate this work into Arabic.

Forging connections with Carleton’s diverse student body is also critical for Masri. “I am most looking forward to collaborating with students of the Arab diaspora who are interested in their culture and heritage,” she says. “Helping them tell their stories is my top priority.”

“There has been extensive migration from Arab countries to Canada. The people who were part of this move, whether voluntarily or as refugees, often have few opportunities to tell their stories – stories that need to be told.”

“I am ready to help cultivate the critical link between worlds – to support them as they find their own way within a new society, to be part of Canadian culture while embracing their past and heritage.”

In addition to their respective Canadian-focused projects, as writers-in-residence, Masri and Riahi look forward to offering various creative writing workshops to the Carleton community and delivering lectures that explore the intersections of creativity and culture.