Research Talks Series: Emancipation and the Politics of Identity

Emancipation and the Politics of Identity with Dr. Firoze Manji, Institute of African Studies 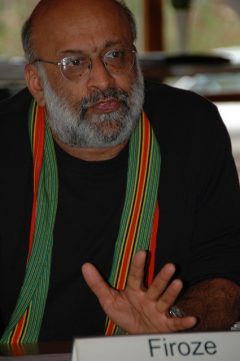 I consider the politics of identity in relation to the concept of “African”. I trace the origin of the term used by Europe as a shorthand for the non-human or lesser-being to its emergence as an identity intimately linked to a struggle for human emancipation. I will discuss the consequences of delinking that identity from emancipatory struggles during the post-independence and neoliberal era which have resulted in the descent into ethnicism.