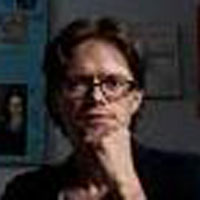 My research explores time and temporality in literature within the context of globalization and the history of imperialism. I am interested in the ways in which literary artists reproduce and manipulate temporal processes: how literature negotiates between the rhythms of everyday life and the dictates of global temporal structures. I focus primarily on literature of the twentieth-century, especially British and Irish proto-, high, and late modernist texts. My work on such authors as Joseph Conrad, James Joyce, Rudyard Kipling, and Virginia Woolf has been published in the journals of Modern Fiction Studies, Modern Language Quarterly, and James Joyce Quarterly.

I have written two books on literature and time: The Cosmic Time of Empire (University of California, 2011) and Time, Literature, and Cartography after the Spatial Turn (Palgrave, 2016). In the former book, I consider the standardization of world time as a crucial move in the globalization of imperial processes and policies, exploring the representations of Greenwich Mean Time and temporal standardization more generally in texts ranging from late-Victorian adventure fictions to early English-language South Asian novels as well as the high modernist canon. In the latter book I move beyond Greenwich to understand more generally the ways in which literature has given spatial form to temporal experience. Offering a sustained examination of the unexplored potentials of the spatial turn for re-imagining the function of time in literature, I demonstrate the ways in which narrative temporality can mediate between locality and globality, planetarity and place-based existence, spatial conception and temporal transformation.

Mobilizing the insights of ecological resilience studies as well as Henri Lefebvre’s late work on rhythm in the study of literary representations of time, my work demonstrates the central role of time in the discourses of ecocriticism, globalization, and postcoloniality.

2011: Margaret Church Memorial Prize for best essay of the year, Purdue University, for “‘The Shortcomings of Timetables’: Greenwich, Modernism, and the Limits of Modernity” in Modern Fiction Studies (Summer 2010).

“Spastic in Time: Time and Disability in Kurt Vonnegut’s Slaughterhouse-Five“. Journal of Literary and Cultural Studies of Disability (forthcoming)

“Time and the Literature of Globalization” in Time and Literature. Cambridge: Cambridge UP (forthcoming)

“‘The Shortcomings of Timetables’: Greenwich, Modernism, and the Limits of Modernity.” Modern Fiction Studies 56.2 (Summer 2010): 262-289 (winner of the Margaret Church Memorial Prize for best essay of 2010).

Olivier Jacques, “The Forgotten Time of Utopia: Theorizing the Concept of Uchronia in Francophone and Anglophone Utopian Literatures from Thomas More to the Present” (PhD, ongoing)