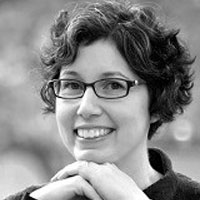 My research interests are in diaspora and postcolonial literatures with a particular emphasis on Caribbean and Jewish writing. My most recent monograph, Calypso Jews: Jewishness in the Caribbean Literary Imagination (Columbia UP, 2016), is the first book-length study of representations of Jewishness in Caribbean literature. Calypso Jews broadens our understanding of Black-Jewish literary relations beyond the U.S. national frame and enriches the cross-cultural project of Caribbean literary criticism. To further advance the emerging conversation between postcolonial and Jewish/Holocaust studies, I have co-edited with Heidi Kaufman Caribbean-Jewish Crossings: Atlantic Literature and Culture, forthcoming from the University of Virginia Press in Fall 2019. My current book project is entitled The Global Itineraries of Holocaust Memory: Black Victims of Nazi Persecution in Literature and Art.

Previous publications include Second Arrivals: Landscape and Belonging in Contemporary Writing of the Americas (U of Virginia P, 2007), which examined rural and wilderness spaces as sites of diasporic emplacement, and Canada and its Americas: Transnational Navigations (McGill-Queen’s UP, 2010), co-edited with Winfried Siemerling.

I am a co-founder and co-director of CTCA: the Centre for Transnational Cultural Analysis (www.carleton.ca/ctca), a Carleton University Research Centre that fosters the development of transnational approaches to the study of culture. I am cross-appointed to the Institute of African Studies and the Institute for Comparative Studies in Literature, Art and Culture and I serve on the Steering Committee of Carleton’s Migration and Diaspora Studies initiative.