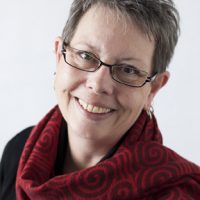 The 21st Century has ushered in an overwhelming landscape of anxieties at    both personal and social levels, locally and globally: post-9/11 security concerns, climate change, the international refugee crisis, the Truth and Reconciliation Commission Report in Canada, the effects of global economic crises, and now the uncertainties brought on by the 2016 US election and Brexit. Against this psychosocial background, my current research explores the innovative collaboration of theatre and dance presented in the production of Betroffenheit (2015). Created by Canadian performance artists Jonathan Young (theatre) and Crystal Pite (dance), this production stages the negotiations of personal trauma that is linguistically inexpressible. Drawing on psychoanalytic theory and performance theories, I argue that this combination of narrative (theatre) and movement (dance represents the effects of, and the attempts to mitigate, trauma that goes beyond the personal, and further, that this melding of performance tactics effectively signals contemporary coping mechanisms for inhabiting the anxious sociopolitical worlds that often threaten to overtake us.