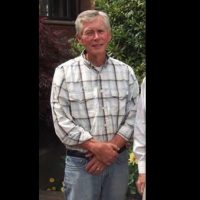 My current research project involves an exploration of the linked discourses of conformism and alienation that had a major impact on postwar American culture.  This impact can be traced not only through the social science studies that proliferated at the time, but also through the remarkably popular genre of escape narratives (Catcher in the Rye, Rabbit Run, Cool Hand Luke, The Great Escape, One Flew Over the Cuckoo’s Nest etc.) that emerged.  In response to anxieties arising from concerns about conformism and alienation, explorations of positions outside the new conformist spaces involved class identity, racial identity and the pastoral.  All of these cultural materials contributed to the postwar bohemianism (the beat generation and the hippies) that became such a prominent feature of that period.

The beats and hippies were in some ways unique subcultures, but they were also part of the much larger pattern of bohemianism, a social formation existing in a complex relation to bourgeois culture–and the subject of my next research project.  Bohemianism emerged in Paris in the early 1800s and spread to America by the 1850s. By the turn of the century, bohemian communities existed in several American cities but Greenwich Village was soon established as a major hub of American bohemianism.  In the 20th century, bohemianism flourished to the point that, by the 21st century it has become the unlikely focus of study for its positive economic effects (Richard Florida, for example, or Richard Lloyd).