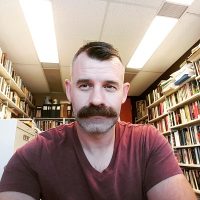 My research and teaching interests range across several subfields: Comics Studies, Canadian literature, psychoanalysis, and genre. Much of my current work focuses on the convergence of serial melodramatic forms with psychoanalysis and queer theory. I am interested in the affective economies of superhero comics and soap operas, particularly with respect to their reception by queer readers and audiences. More broadly, my research concerns the formal and semantic relations between superhero comics, literary fiction, melodrama, and other media. Animating much of my research is my abiding interest in paraliterary genres: the weird tale, horror fiction, the ghost story, detective fiction, adventure fiction, romance, fantasy, and science-fiction. For example, my research in Canadian Literature has tended to focus on intersections between nation and genre, particularly the ghost story, the Gothic, the adventure tale, and the detective novel. Currently I am a co-investigator on the SSHRC-funded project directed by Benjamin Woo (Carleton), “Comic-Cons: An Emerging Urban Media Industry.”

ENGL 1000 Literature, Psychology, and the Mind

“‘The Strangeness of My Heritage:’ Lovecraft’s Poe and the Anxiety of Influence.” The Lovecraftian Poe: Essays on Influence, Reception, Interpretation, and Transformation. Ed. Sean Moreland. Bethlehem: Lehigh University Press, 2017. 1-25.

(with Jennifer Henderson) “Maddin, Melodrama, and the Pre-National.”   Double Takes: Intersections Between Canadian Literature and Film. Ottawa: U of Ottawa P. 2013. 77-93.

(with Brian Greenspan) Matthew Carroll, “Becoming a ‘Nation that is Not a Nation’: National Image, Lost World Narratives, and American Antarctic Literature” (2017).