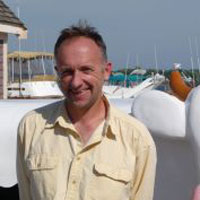 My current book, entitled Imagining What We Know: A Defense of the Humanities in a Utilitarian Age, explores the ways that critics writing in the early nineteenth century developed arguments in favour of the humanities in the face of utilitarian pressures that dismissed the arts as self-indulgent pursuits incapable of addressing real-world problems. Its focus reflects the ways that similar pressures today have foregrounded all over again the question of how to make the case for the value of the humanities. Evidence of these problems surrounds us, but the core of my argument is that these pressures also constitute an important opportunity: a chance to re-imagine our answers to questions about the nature and role of the humanities, their potential benefits to contemporary life, and how we might channel these benefits back into the larger society. The good news is that in many ways, this self-reflexive challenge is precisely what the humanities have always done best: highlight the nature and the force of the narratives that have helped to define how we understand our society – its various pasts and its possible futures – and to suggest the larger contexts within which these issues must ultimately be situated. History repeats itself, but never in quite the same way: knowing more about past debates will provide a crucial basis for moving forward as universities, and the humanities in particular, position themselves to respond to new challenges during an age of radical change.

My other research project, The Idea of the Author in Pre-Confederation Canada, which I am co-writing with Cynthia Sugars, explores the ways that early nineteenth-century writers in what was to become known as Canada formulated ideas about the nature and importance of a domestic literature in the British American colonies, and, what was inseparable from that, about what it meant to be a professional author.  D.C. Harvey’s description of Nova Scotia in the years between 1835 and 1848 (the years between Joseph Howe’s libel trial and the achievement of responsible government) as a period of “intellectual awakening” applied to other regions equally well. It was a period of considerable unrest (symbolized most dramatically by the 1837-38 uprisings in Lower and Upper Canada) but also of cultural and intellectual fermentation; a time when writers from a range of cultural and political perspectives raised important questions about the public worth of a domestic literature, the status of the authors who produced it, and the challenges to colonial cultural production.

The Humanities in a Utilitarian Age: Imagining What We Know, 1800-1850. Palgrave Macmillan, forthcoming.

Interacting with Print: Keywords for the Era of Media Saturation. One of 24 equal authors. Chicago University Press, 2018.

The Age of Authors: An Anthology of Eighteenth-Century Print Culture. Broadview Press, 2014.

The Crisis of Literature in the 1790s: Print Culture and the Public Sphere. Cambridge University Press, 1999.

“Towards a Radical Humanism,” special issue of the Praxis series in Romantic Circles on “Raymond Williams and Romanticism,” ed. Jonathan Sachs and Jon Klancher (2018)

“Fashionable Subjects: Curious Exhibits and the Limits of Sociability,” The Sites of Romantic Sociability.  Ed. Kevin Gilmartin. Cambridge UP, 2016.

“Imagining What We Know: The Humanities in a Utilitarian Age,” Humanities 3 (2014): 73-87. Special Issue: “The Challenges of the Humanities, Past, Present, and Future,” ed. Albrecht Classen.

“‘The Good Things Above’: The Commercial Modernity of Vincent Lunardi,” The 18-Century Common (2013)  http://www.18thcenturycommon.org/c18ballooning/

“‘The Philosopher in the Workshop’: Rethinking the Literatures of Knowledge and Power,” Symposium in Honour of Jerome McGann, Boston University (Spring 2019).

“‘Who Do You Think Came to See Me?’ Blackwood’s Magazine and Early Canadian Satire,” Co-presented with Cynthia Sugars, BARS, Cardiff, UK (July 2015)

“Shelley on the Assembly Line: A Defence of the Humanities,” ACCUTE, Fredericton, NB (June 2011)

“Orphaned by Nature: The Unnatural Daughter in Anne of Green Gables,” L.M. Montgomery and the Matter of Nature Conference, Charlottetown (June 2010)

“‘The Masquerades of the Grand Carnival of Our Age’: Fashionable Politics in the 1790s,” CSECS, Ottawa, ON (November 2009)

“World of Wonders: Advertising Culture in Eighteenth-Century England,” ACCUTE, Ottawa, ON (May 2009)

“‘The Tyranny of Fashion’: The Learned Pig and The Reading Nation,” British Association for Romantic Studies, Bristol, England (July 2007)

“‘Coin for General Use’: Commercial Humanism, and the Periodical Press,” ACCUTE, London, ON (May 2005)

“The Learned Pig and the Swinish Multitude: Still Troubling the Public Sphere,” CSECS, London, ON (October 2004)

Cultural Commerce: The Spectacle of Modernity in 18th-C Britain (ENGL 5402)