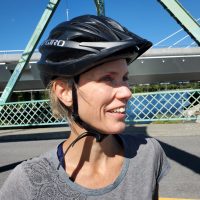 I have a longstanding interest in the relations between labour and culture (explored in my first book Writing Unemployment: Worklessness, Mobility, and Citizenship in Twentieth-Century Canadian Literatures). More recently, this has developed in the direction of what Michael Denning calls a “labour theory of culture”––a theorization of culture that is attentive to the often invisibilized labours of authorship, publishing, consecration, and textual circulation (including the attentive labour of reading). My research examines literatures and cultures in the territory known as Canada, settler colonial nationhood, practices of citizenship, literacy, and the uses of print.

My most recent book, Home Feelings: Liberal Citizenship and the Canadian Reading Camp Movement, argues that literature and the values attributed to it are central to the history of settler-defined, liberal citizenship in Canada. Through the Frontier College, one of the nation’s earliest citizenship education programs emerged, drawing on literature’s potential to nourish “home feelings”–– ideas of selfhood that were individual and intimate rather than collective.

My current project asks how Canadian uses of books as foreign aid were shaped in the second half of the twentieth century by the antinomies of settler colonialism and the shifting meanings of culture within late capitalism. It analyzes the liberal internationalism that privileged the book, and the associated skill of literacy, as fundamental instruments of development. This particular development paradigm served Canadian interests well, displacing attention from domestic structures of dispossession, namely internal colonization, while emphasizing the nation’s status as recently “colonized,” an argument that positioned Canada as uniquely equipped to be a “trusted broker” in international affairs.

I’m cross-appointed to the School of Indigenous and Canadian Studies. I welcome inquiries about potential supervision from students working in any of the fields I identify under “research interests.”

2020 Winner of the Gabrielle Roy Prize (for Home Feelings)

2013 Shortlisted for the Gabrielle Roy Prize (for Writing Unemployment)

“A Fair Exchange? Off to Frankfurt We Go.” Literary Review of Canada, October 2021.

“New CanLit ‘Indie’ Book Imprint is Anything But.” The Conversation (Canada Edition), 10 Sept. 2019.

“Make Them Up and Ignore Them”? Learning Outcomes and Literary Studies in

“‘Creating a ‘Home Feeling’: The Canadian Reading Camp Association and the Uses of Popular Fiction and Poetry, 1900-1910.” Association for Canadian and Quebec Literatures. University of Ottawa. 1 June 2015.

Bridgette Brown, “The South African War (1899-1901) and the Transperipheral Production of Canadian Literatures,” 2019.

Sarah Pelletier, “‘The Girl in Our Alley’: Transnational Dimensions of Gender, Race and Labour in the North American Typographical Trade and Press, 1850-1914,” ongoing.