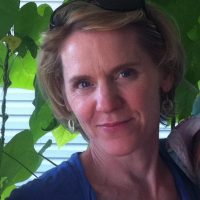 My research and teaching interests coalesce around the inter-related fields of modernist studies, the history of (queer) sexuality, and feminist and queer studies. My first monograph, Lesbian Scandal and the Culture of Modernism (Cambridge University Press, 2012), examines how the scandalous suggestion of lesbianism in legal, legislative, national, and artistic realms in England and the United States functioned to mediate a range of cultural and artistic anxieties during and after the Great War. At the same time, I consider how the suggestion of lesbianism evaded specific reference while constituting lesbianism as a crisis of interpretation. Developing from these interests, I edited The Cambridge Companion to Lesbian Literature, which focuses on literature in English in a range of historical, geographical, theoretical, and generic contexts.

I also work on contemporary queer fiction, particularly that which (re)writes the modernist past. In this area I have published on Jamie O’Neill’s At Swim, Two Boys, and contributed chapters to The Cambridge Companion to Gay and Lesbian Writing, and The Blackwell Companion to British Literature. These interests have inspired a recent grad course on Queer Historical Fiction.

Current research and writing interests and explorations include a project on “The Queerness of Parenting” and an essay on “Virginia Woolf and Contemplative Pedagogy.”

My teaching at both the undergraduate and graduate level includes courses on gender, sexuality, modernism, and queer literature and theory. I welcome inquiries about potential supervision from students working in literary modernist studies and/or queer studies.

“ ‘I didn’t know there could be such writing’: The Aesthetic Intimacy of E.M. Forster and T.E. Lawrence,” Queer Bloomsbury. Eds. Madelyn Detloff and Brenda Helt. University of Edinburgh Press, 2016. 258-275.

“Edward Marsh: Affective Economies of Modernist Patronage.”  The Battle of the Brows, Cultural Distinctions in the Space Between, 1914-1945.  McGill University. Montreal, PQ. June 2011.