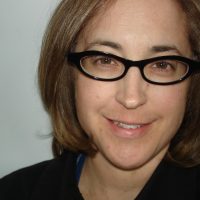 My current research interests are in eighteenth-century and early nineteenth-century British literature and culture with a focus on women’s writing, intellectual history, feminism, and histories and theories of modernity. I am currently completing a book entitled “Feminism, A Biography: Mary Wollstonecraft, Modernity, Life Narrative.” At its most broad, my book tells a different story about women and modernity than the still overwhelmingly triumphalist ones. Late 18th-century histories of society took the treatment of women as an index of a culture’s modernity or civilization, so women were symbolically built into the fabric of progressive historiographies of the period. One line of my book’s argument points to the long shadow cast by the centrality of women to the celebratory modernity of these conjectural histories: the fact, for instance, that the West still tends to see in the refusal to educate women signs of barbarity and an intransigent non-modernity, something that informs current understandings of human rights as an unassailable feature of progressive modernity. A key aim of the book is to explore what happens when we don’t begin from this sanguine premise, and a significant re-thinking of the work of Mary Wollstonecraft (and her place in the narratives and historiography of Western feminism) is central to this aim. Wollstonecraft’s bracing critique of late eighteenth-century conjectural history (the genre of historical writing that invents at once both “tradition” and “modernity”) for its chivalric paternalism, and her impatience with the biographical genre known as “women worthies” (still the dominant genre of popular feminism to this day) for its exceptionalism, is key to understanding everything from the legacy of early anthropology in current human rights regimes to the ways in which life narrative is called upon to manage the painful contradictions of feminism and modernity.

In 2017 I co-organized with Lauren Gillingham (University of Ottawa) the 25th meeting of the North American Society for the Study of Romanticism (NASSR) on the topic of “Romantic Life.”  Papers from the conference were published in the conference volume of European Romantic Review in June 2018.

“At the Surface of Romantic Interiority: Joanna Baillie’s Orra.” Romanticism and Victorianism on the Net.  No. 56 (November 2009).

ENGL 5402: “Being Human” in Eighteenth-Century Literature and Culture

ENGL 5402: The Culture of Curiosity in Eighteenth-Century Britain

ENGL 5402: Cultures of Progress and Improvement in the Eighteenth Century

(Co-supervisor) Ingrid Reiche.  “A Digital Edition of A General History of the Pyrates.”  (Defended April 2016)