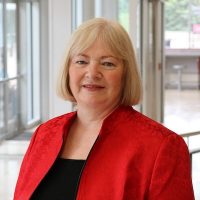 Dr. Lorraine Dyke has been appointed as Carleton University’s Vice-President (Finance and Administration), beginning April 1, 2022. Prior to this appointment, Dr. Dyke served as Carleton’s Deputy Provost (Academic Operations and Planning), where she was responsible for strategic planning, budgeting, academic labour relations, faculty affairs and oversight of the Office of Institutional Research and Planning and the Centre for Community Engagement. Before taking on this role, she served as the Vice-Provost and Associate Vice-President (Academic) for two years where she was responsible for implementing strategic initiatives, operational academic planning, academic quality assurance, academic program and curriculum development and liaison with Senate.