Can Carleton students figure out how to protect local rivers from polluted storm water? The finalists gunning to win FPA’s CU75 POPS contest know they have the answer!

Excitement is building as the CU75 POPS Water Challenge comes to an official close on March 22—the same day the United Nations is celebrating World Water Day. It’s a day to make a difference for populations around the world who are suffering from water-related issues, including the City of Ottawa.

That’s one of the reasons the Faculty of Public Affairs decided to host the CU75 POPS Water Challenge, which is also honouring Carleton’s 75th anniversary. The contest’s finalists have designed feasible solutions to the pollution in Ottawa’s own Rideau and Ottawa Rivers, which is caused in large part by storm water draining out of many older areas of the city.

The storm water causes unsafe E. coli levels, which lead to frequent beach closures and adversely affects the aquatic life. The policy challenge was to determine how to best mitigate the impact within the Greenbelt while acknowledging the bulk of the land nearby is privately owned and that individual actions, both on those properties and on public streets, contribute to this problem.

Fourth-year BPAPM student Nour El-Nader was excited to find out her team was a finalist. “We put a lot of thought collectively on how to present to the judges. We really wanted to cater our problem statement and solution to how judges would understand them because they are water experts.”

Equally excited to reach the finals is Master of Political Management candidate Shirley Ngai. “My team and I are very excited to have the opportunity to showcase our ideas to the panel and other students.”

Final teams competing belong to either the Undergraduate Stream or Graduate Stream. Teams had to be a minimum of three and a maximum of five students in good standing at Carleton. No more than two team members could be registered in a Faculty of Public Affairs program as teams were intended to have a multi-disciplinary educational experience.

For Ngai, the best part about working on this contest was collaborating with her teammates from other departments that included Environmental Engineering, Civil Engineering and Sustainable Energy Policy.

“I get to work with amazing teammates who I would have never had the chance to get to know, if not for this competition,” says Ngai. “I was very adamant on working with a team comprised of individuals from diverse educational and professional backgrounds, in order to get expertise knowledge from different fields. Being able to work together on trying to solve a real-life science and policy issue that is very relevant and affects our community is rewarding.”

El-Nader’s team consists of her and another undergraduate from the Bachelor of Public Affairs and Policy Management (BPAPM), and students from the Departments of Neuroscience and Psychology. She says collaborating with an interdisciplinary team is “so eye-opening because you get to work with individuals who share the same goals as you but can bring different perspectives towards resolving the problem. For example, the science students really did a good job of their research, finding the scientific consequences of water run-off, whereas myself, and my BPAPM colleague, given our educational background, were able to resolve, given the science research, advanced policy solutions.”

Working on a contest that aligns with her future career path was a thrill for Ngai.

“My original education and training as a freshwater scientist allows me to understand the technical problems and challenges the Ottawa River experiences with pollution from wastewater overflow. I came to Ottawa with the hopes of bridging the nexus between evidence-based research with policy and decision-making. This competition encompasses all of that.”

El-Nader says she was most surprised by the tremendous amount of water run-off that goes into both rivers. She also discovered that other cities in Canada are ahead of Ottawa addressing similar water issues.

“They already have proposed solutions and some have already implemented them. It is time for Ottawa to do their own fair share,” says El-Nader.

Ngai and El-Nader, along with their respective teams and other finalists, will present their solutions on Wednesday, March 22 to the panel of judges from Environment and Climate Change Canada, the City of Ottawa and Carleton faculty. Winners will be announced at this final presentation event.

Both are confident that their team’s solutions are feasible.

“One hundred percent,” says El-Nader. “Because we are building realistic solutions that are innovative as well. We contacted other stakeholders, including other cities, to tell us we are on the right path and our solution is feasible.”

Ngai concurs. “I am very confident in the feasibility of our team’s solution. It is practical, can be easily implemented, and best of all, it allows the community to be part of the solution through grassroots projects, which in turn educates everyone in the community.” 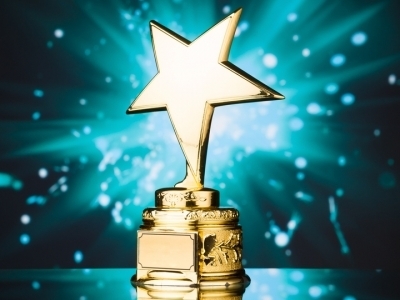