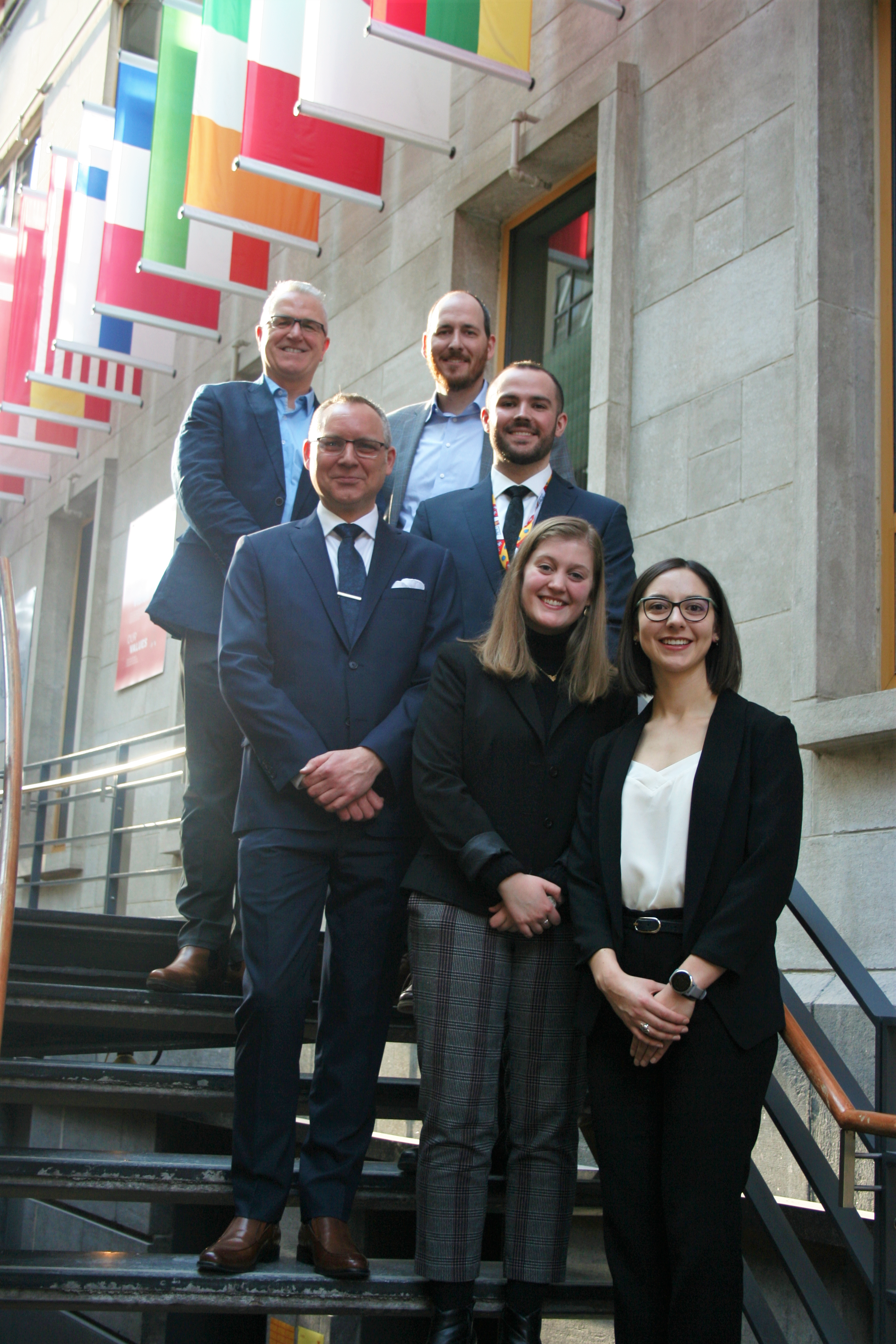 Graduate students from the School of Public Policy and Administration defeated eleven teams from across Canada.

In mid-February, the Master of Public Policy and Administration team received its assignment for the 2020 National Public Administration Case Competition.

The competition engages Canadian schools of public policy and administration in an annual challenge to analyse a complex policy case study and make recommendations to a panel of judges from across the country including former Ministers, Deputy Ministers, ADMs and other senior policy experts.

This year’s SPPA team of first year MA students – Dietrich Gunter, Stephen Rush, Claudia Langevin, and Molly McGuire  – were selected for the team following individual try-outs and interviews and began practicing and preparing with their coaches in early January. The coaches were Chris Stoney, Ron Gallipeau, and Richard Paton.

“We were asked to find ways to raise people out of a ‘core housing need’—when they are in a home they can’t afford, that is too small, or is in disrepair,” explains Gunther. He says the team of four students and two coaches set to work: throwing ideas on the table and surveying faculty members throughout the School of Public Policy and Administration. It was an ideal example of experiential learning at the graduate student level.

“None of us knew anything about this, so we consulted faculty members and experts in the community,” says Gunther. “We felt from the beginning that we had the support of everyone in SPPA, as well as our peers and the greater Carleton network. We didn’t do it on our own: we had fantastic support to get there.”

“Luckily, our coaches, the SPPA network of policymakers, and Carleton’s case competition alumni leapt into action, arranging consultation sessions with housing professionals, sharing caches of academic works on the topic, and scouring headlines for any housing-related news items to help us get a firm grip on the subject and veer headlong into brainstorming solutions for our brief.”

But it wasn’t all smooth sailing. Fellow MPPA graduate student Claudia Langevin says the team had to rewrite their proposal a number of times.

“The hardest part was synthesizing our arguments,” she recalls. “There were many times when…we had to shift our thinking completely. It can be disheartening to start over again, but it made the proposal stronger.”

Langevin credits the MPPA’s core economics and policy analysis courses for providing a strong foundation for the team: “We [knew] how to define problems, use resources, apply frameworks and shape an implementation process that was clear to its audience.”

“The team’s analysis and policy recommendations were strong and their presentation excellent. The judges were highly impressed by the Carleton team’s ability to deliver complex material clearly, field difficult questions from the judges and deal with the pressure of the event and competition.”

The annual competition was held at Laval University on February 21 and 22. Gunther says it was a great opportunity to move beyond the theory.

“The most interesting thing about it was being able to take a public policy problem from identification to developing a realistic and workable solution. It was a great learning experience.”

Carleton has a very successful record in this competition since it began a decade or so ago. That includes two golds and a silver over the last four years.