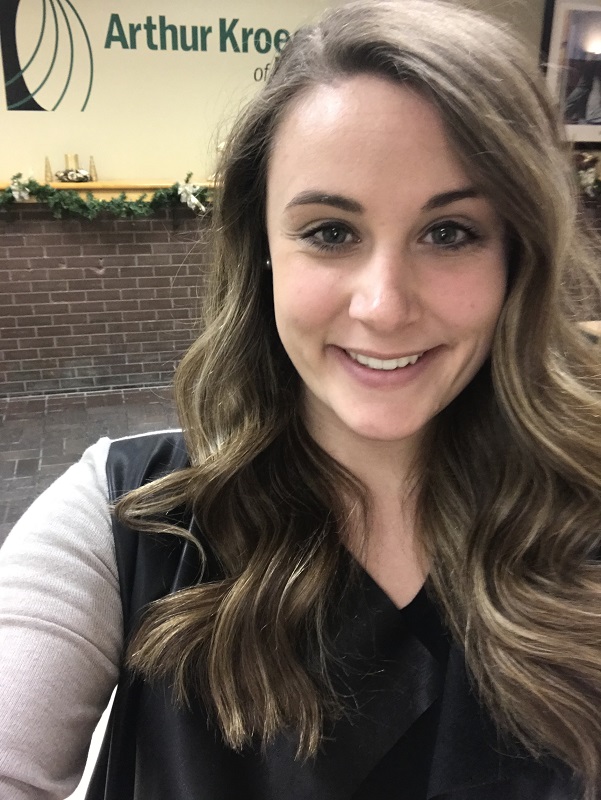 After graduating with a BA in Psychology from Carleton in 2012, Klein-Swormink worked in social work for a few years before she began working with Carleton’s Technology Innovation Management (TIM) program in 2015. She also spent some time working with the Department of University Communications (DUC) before moving into her role with Kroeger College. She was nominated for a University Service Excellence Award in 2016 and 2019.

“Professional staff are the backbone of university operations,” says Dean Brenda O’Neill. “It is important that we recognize and appreciate the essential support they provide every day. The award was first presented in 2000 to recognize administrative and technical support staff and Organized Research Unit administrative staff for excellent student service, innovation, engagement and collaboration. Recipients also show a commitment to continued development and improvement through training and a dedication to unit, Faculty and University priorities.

In February 2020, Klein-Swormink was one of two leaders for the Alternative Spring Break (ASB) program, an experiential-learning program that includes a week-long trip during winter reading break. Klein-Swormink’s group went to Nogales, Arizona to study the social impact of human migration on border communities. She spent many Saturdays meeting with students to prepare for the trip.

“I feel so fortunate to have had the opportunity to participate in ASB,” said Klein-Swormink. “The group of students on this trip were simply incredible and I was honoured to watch over them as they navigated the social, political and environmental complexities of the border. It is an experience I will never forget.”

Klein-Swormink demonstrates genuine concern for student well-being and helps to steer them through course and program requirements. She also helps students to organize events and shows dedication to student life.

“I’m thankful for the students,” said Klein-Swormink at the FPA Excellence Awards ceremony in June 2020. “They make coming to work worthwhile every single day.”

In his nomination letter, Stephen Azzi, director of the MPM program, said, “I came to rely on Holly as a sounding board when facing difficult decisions involving students, curriculum and regulations. She reads others well and is endowed with both abundant good sense and a strong belief in fairness.”

Past Recipients of the FPA Staff Excellence Award

2009
Jonathan Hauck
Office of the Dean, Faculty of Public Affairs

2001
David Bertram
Office of the Dean, Faculty of Public Affairs