As the CEO of the Canadian International Resources and Development Institute, Cassie Doyle takes people by surprise when she says she has a Master’s in Social Work.

But for her, the connection is clear. Her organization aims to support basic human needs—the alleviation of poverty in mining communities in countries like Ethiopia, Mongolia, Burkina Faso and Peru.

“Our overall objective is to reduce poverty in these countries by helping them manage their natural resources in environmentally and socially responsible ways,” says Ms. Doyle, who oversees this coalition of universities. “The impact of development on commun­ities was a formative piece of my education at Carleton.”

That strong commitment to sustainable development also influenced her work as Consul General of Canada in San Francisco. Having served as Deputy Minister at Natural Resources Canada, Ms. Doyle was particularly interested in California’s leadership on renewable energy. A big part of the job involved introducing Canadian entre­preneurs to U.S. companies. But she quickly discovered a problem.

“I would go to events with Canadian entrepreneurs and think, ‘Holy mackerel, there are only young men here,’” she recalls. “I discovered that when we put out the call for entrepreneurs by word of mouth, women weren’t accessing those informal networks. So we improved our outreach and found lots of fantastic women doing great things.”

She eventually created a dedicated program that invited Canadian women leaders in technology to Silicon Valley, immersing them in the ecosystem.

“I really admire how important Silicon Valley is as a centre of innovation and how innovation is happening on every front—even in the social and creative spheres. It seems to infect everyone there,” she says.

But simultaneously, Ms. Doyle says she could recognize the advantages to her home country.

“In California, I was exposed to poverty as a volunteer for the United Way and, compared to Canada, it was startling,” she says. “There are serious weaknesses in the social safety net in the United States.”

In fact, Ms. Doyle’s career began with a support position in Canada’s social safety net. She completed two practicums in Ottawa through the School of Social Work: the second one launched her on a career in social housing.

“It was a big opportunity and really important for me,” recalls Ms. Doyle, who went on to spend a decade working for the City of Ottawa Non-profit Housing Corporation. “Not only did it give me professional experience, but I did work that I felt passionate about.”

As a result, she’s a big proponent of professional work experiences for students.

“It’s so important in terms of gaining real experience to test out whether this is a field you want to work in and to make valuable contacts,” she says.

She also urges students to persevere in the face of “revolving temp­orary contract work”.

“I don’t want them to be discouraged because this is often how careers get launched, including my own. There are so many fulfilling opportunities working for the public interest. Carleton launch­ed me into a public service career that saw me work for all three orders of government up to the deputy minister level and it all started with a short-term contract.” 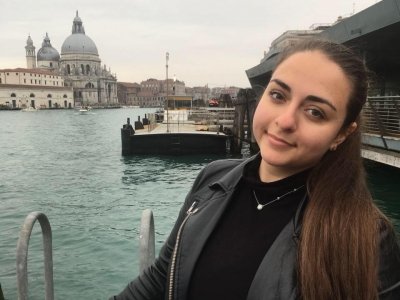 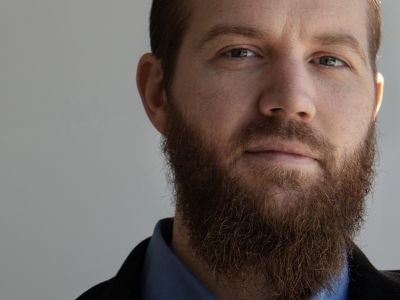 Whether he’s in Ethiopia, Afghanistan or Canada, Professor Logan Cochrane of the Bachelor of Global and International Studies program always follows the same principle—and encourages his students to do the same. Logan Cochrane made his... More