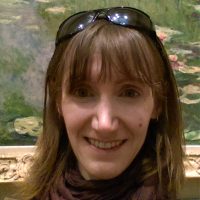 Jaclyn Neel received a BA in Classics from Columbia University in 2005 and a combined MA/PhD in Classics and Ancient History from the Collaborative Program in Ancient History at the University of Toronto in 2012. During that time, she also received a TESL-Canada diploma (2011). Her research centres on Roman mythology and political discourse, and she is also interested in the afterlife of antiquity.

Legendary Rivals: Collegiality and Ambition in the Tales of Early Rome. Brill, 2014