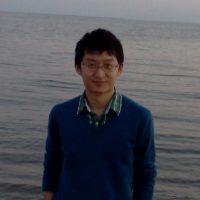 I finished my Ph. D. in Classics and Comparative Literature at Yale after studying at Princeton, the University of Pennsylvania, and Magdalen, Oxford. I am a returning Canadian, having also lived in the US, the UK, and China.

I work between classical studies, literary theory, and continental philosophy. My current book project is an extensive synthesis and reevaluation of the past century of Homeric scholarship, in particular a radical continuation of the theory of orality. Based on my dissertation, “Being late and being mistaken in the Homeric tradition,” it reconceives the notion of tradition as it relates to the Homeric poems through close readings in the Iliad and Odyssey, Homeric scholarship, and modern literature. I am also working on articles on Hellenistic poetry, painting, and marginality.

Currently under review: Two articles, one on the conditions of possibility of Homeric performance in oral theory through Blanchot and Kafka, and the other articulating fiction and absorption in Theocritus and 18th century French painting through a theory of the gaze.

Recent presentations include talks at the Society for Classical Studies, Yale, CUNY, and Wuhan University in China.