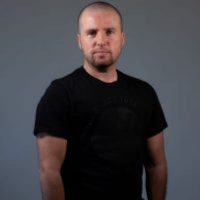 Dan Irving is an Associate Professor cross-appointed to IIS (HUMRSJ program) and the Pauline Jewett Institute of Women’s and Gender Studies (Sexuality Studies).

Irving’s interdisciplinary research follows two trajectories. First, he works within the field of Transgender Studies with a specific focus on underemployment and unemployment amongst two-Spirit and trans populations in a Canadian context. Presently, he is principle investigator on a mixed methods project entitled Working For Change: Investigating Two-Spirit and Trans Under- and Unemployment in Canada in partnership with Egale Canada and funded by WAGE (Women and Gender Equality Canada). The second trajectory of research is located in Critical Men’s and Masculinity Studies. His SSHRC funded qualitative project entitled Untouchable? Eminem, Whiteness & the Emotional Landscapes of Young Men in Ontario analyzes white masculinity, the feeling states and experiences of cisgender men between 18-24 through discussions of semi-autobiographical rap music its resonance with them.

Irving is the co-editor (with Rupert Raj) of Trans Activism in Canada: A Reader. His work has been published in Radical History Review, Sexualities, Australian Feminist Studies and the Canadian Journal of Law and Society.