Dean of the Faculty of Arts and Social Sciences, Carleton University 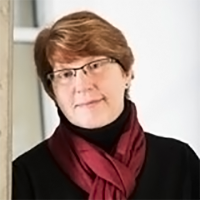 Dean of the Faculty of Arts and Social Sciences, Carleton University

Pauline Rankin is presently the Associate Vice-President (Research and International) at Carleton University and holds a Ph.D. in political science and researches in the area of women’s participation in political life. She is a co-author of Politics As If Women Mattered: A Political Analysis of the National Action Committee on the Status of Women, editor of a collection on gender and public policy and the author of articles on various aspects of women’s movements in Canada, nationalism, gender and public policy and gender mainstreaming. Her current research is concerned with women’s engagement in the public policy in an era of gender mainstreaming both in Canada and abroad as well as the role of national machineries for women.

Rankin is involved in several international gender and development projects where she specializes in integrating gender into public policymaking. She has delivered seminars and training workshops in Russia, Ukraine, Ethiopia and the South Caucasus. Rankin serves as the Canadian Gender Advisor for the Canada-China Legislative Cooperation Project through the Parliamentary Centre and as Gender Advisor for the Ukrainian Civil Service and Human Resource Management Reform Project.

Her current projects also include Policy, Leadership and Advocacy for Gender Equality —a CIDA collaborative project with Cowater International and the Ministry of Women and Children’s Affairs in Bangladesh as well as work with the Public Policy Knowledge Network, a Canadian Bureau for International Education project based in Georgia, Armenia and Azerbaijan. Dr. Rankin served as Director of the Pauline Jewett Institute of Women’s Studies from 2000-2005.

For more information on Dr. Rankin’s research interests and publications, courses taught and graduate supervision, view her bio at the School of Canadian Studies.