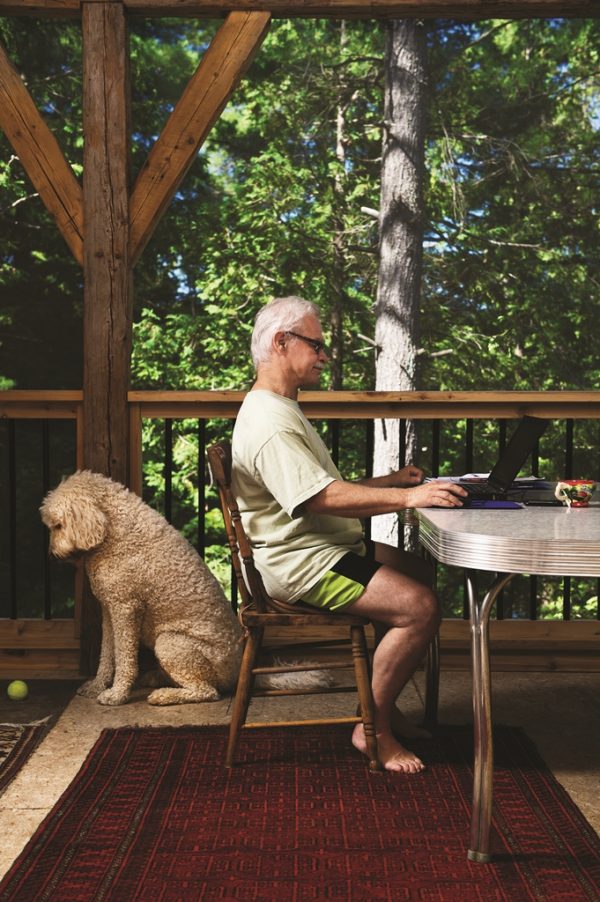 On June 30, Ted Jackson completed his three-year term as associate dean (research, graduate affairs and faculty development) in the Faculty of Public Affairs. It’s been a busy time but a satisfying one, he says, noting that he has relished the chance to work at the faculty, university, community and national levels simultaneously.

“It’s been a wonderful job. It is a faculty full of talented individuals—faculty, students, staff. They’re working on important matters, crucial public policy issues, every day,” says Jackson.“It’s been a real privilege to work with them.”

He points with pride to the fact that the faculty is now home to more than 20 research centres, focusing on everything from refugees in Ottawa to weapons in space, and that the faculty’s professors have won a wide range of research awards, grants and contracts. “They’re all very impressive
scholars,” says Jackson.

He also notes that the faculty’s three-year success rate in receiving
Social Sciences and Humanities Council of Canada (SSHRC ) grants is better than the national average. That’s great news for professors, of course, but it also gives the faculty’s graduate students wide-ranging opportunities as research assistants.

Research costs money, so as associate dean, Jackson has also supported the preparation of many grant proposals for agencies and foundations beyond SSHRC. “Diversifying funding sources for research is a real priority,” he says.

Beyond the faculty itself, Jackson has had the chance to become extensively involved with Carleton’s efforts to build bridges with the wider society. He’s delighted to have chaired Carleton’s university-wide Initiative for Community-University Engagement (ICUE), which aggregates information on Carleton’s connections to the world beyond academia, celebrates
the university’s successes and seeks ways to enhance its involvement with the community.

These links should be at the heart of any university, Jackson argues. “My
own view of what universities are for is that they are for actively being involved in making a better world and making a better community,” he says.

He believes that academics and citizens working together can generate urgently needed knowledge and important initiatives on critical issues such as homelessness. “That means, of course, that scholars have to listen,” he points out. “It means that citizens have to see the university as something they are part of, that they own, even if they are not necessarily students.”

Community involvement isn’t a solely altruistic venture for the university; it also offers vital benefits for students. “It’s very good for their careers,” Jackson says, explaining that it helps them develop contacts while contributing to society. In recent years, Carleton students have been involved in projects as diverse as planting trees along the Rideau River to helping generate ideas to revitalize the entire town of Batawa, Ontario.

During his term as associate dean, the university has also nurtured partnerships with a range of Ottawa institutions, including the Canada Museum of Science and Technology and the National Gallery of Canada. These arrangements make it easier for people to move back and forth between the university and these organizations, sharing knowledge and
expertise. “Good partnerships offer mutual benefits,” Jackson notes, “and our president, Dr. Runte, is especially effective in forging these innovative relationships.”

He’s clearly passionate about the long-term potential of what he calls “an engaged university.” In fact, during his oneyear sabbatical, which begins in July, he will be writing a book on community-university partnerships. “Faculty, staff and students all firing on the same cylinders around an issue, using all of the tools that the university has, can actually really start
to make a difference,” he says.

In particular, he believes the Faculty of Public Affairs’ rich blend of diverse disciplines can foster unique breakthroughs. Faculty and students immersed in fields ranging from law and communications to social work and international affairs can share ideas and make connections, he points out, creating an overarching perspective that is rare in most university contexts.

The most important step, he believes, is continuing to bring that richness of knowledge and experience to bear on the pressing issues facing Canada and the world. “That is both the challenge and the opportunity of the future.”
Jackson is confident that the faculty is up to the task. “I began my term as a big supporter of the faculty and a fan of all these players, and I’m leaving an even stronger believer in the power of these combinations,” he says. “This is a really unique constellation of units.”

And finally, on a personal level, he says deans Katherine Graham and John ApSimon have been wonderful mentors, and that he has truly enjoyed working with his fellow associate deans and the staff in the dean’s office. “This has been a terrific team to be part of.”