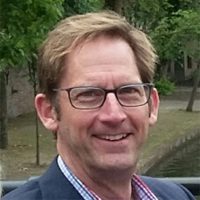 Ian Bron defended his PhD in Public Policy dissertation, titled Square Peg in a Round Hole? Three Case Studies into Institutional Factors Affecting Public Service Whistleblowing Regimes in the United Kingdom, Canada, and Australia, on August 19, 2022. The defense was successful, with no revisions.

Departing from previous research approaches, this dissertation used historical and rational choice institutional theory to test the hypothesis that whistleblowing regimes are born of crisis, but the extent to which they are effectively implemented is dependent on ongoing bureaucratic and political support. This support is contingent upon the regime being consistent with existing institutional arrangements and incentives. The findings partially confirmed the hypothesis. There were two triggers for whistleblowing legislation – punctuated equilibrium after a crisis, or isomorphism to boost legitimacy, driven by political exigencies. Support is fleeting, moreover, as political actors quickly shift their attention to different priorities. Administrative actors adopt several strategies to resist the regimes, including shaping them to be less threatening, unenthusiastic enforcement, and continued reprisals. Although the regimes do conform to Westminster conventions and norms, these have been eroded as political actors have intruded into administration and taken control of incentives. These favour responsiveness to political direction and the suppression of bad news, undermining the intent and performance of the whistleblowing regimes.

Ian hopes his findings will inform the better design of systems that protect whistleblowers from reprisal and help organizations develop speak-up cultures. This, in turn, will prevent or stop misconduct before it can cause serious damage. He intends to continue his work and research in this field.

A former whistleblower himself, he disclosed misconduct in marine transportation security Transport Canada in 2006. At that time, he was Chief of Regulatory Affairs. His career has spanned several roles: naval officer, educator, federal government regulator, and program evaluation team leader. He is a graduate of the Royal Military College of Canada (BA (Hons)) and the University of Ottawa (BEd, MEd). He is currently a senior fellow at the TMU Centre for Free Expression and a contract instructor at Carleton University.