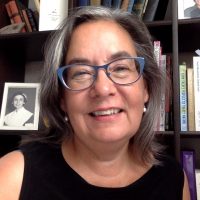 Catherine MacQuarrie’s career comprises a range of experience and expertise — in media, public service and Indigenous governance. Over 23 years as a public servant, she held increasingly senior leadership positions in a number of departments and central agencies in the Government of Canada and the Government of the Northwest Territories. Recently retired from government, she is now pursuing a life-long ambition to help advance First Nations’ self-government, with a leadership role in the Rebuilding First Nations Governance project (RFNG).

RFNG is funded through a SSHRC Partnership Grant to support an alliance of First Nation communities and tribal councils and academic researchers and practitioners working from the community level up to end Indian Act governance and build alternatives that realize the inherent right to self-government as affirmed in Canada’s constitution.

Catherine is Métis, born in Alberta and raised in the Northwest Territories. In the early part of her career, she worked as a reporter, editor and then executive director at NCS NWT, a non-profit Indigenous media organization. She is a Fellow of Carleton University’s School of Public Policy and Administration and holds a Master’s Degree in Public Administration and Policy from the University of Ottawa.