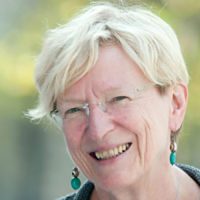 The political economy of restructuring constitutes a constant theme in my research. My work initially focused on industrial restructuring (Canadian textiles), with an emphasis on theories of the state and relations among the different fractions of capital. The focus then shifted to restructuring of labour markets, its impact on unions and the latter’s response thereto, in Canada and Sweden. The latter included consideration of the changing gender composition of the labour force. Industrial and labour market shifts in turn contribute to, and are shaped by, social policy developments.

My recent work has focused on the politics of child care policy development as a window from which to view how states and other actors are responding to women’s rising labour force participation rates. Like much comparative political economy, my research initially focused exclusively at the national level. While my own research focused on “social democratic” Sweden and “liberal” Canada, I co-edited a volume with Sonya Michel which looked at child care policy and politics in the US, Australia, Denmark, France, Belgium, the Netherlands, Italy, Poland and Japan. More recently, I have broadened the focus using a multi-scalar research design. While one article examines the various models being explored by the emergent “social Europe”, recent papers examine how the interplay between national and sub-national shapes the development of child care policy in “federal” Canada and “unitary” Sweden.