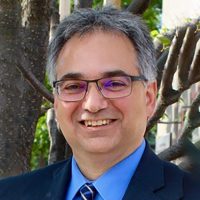 Tony Manconi has accepted an appointment as a School Fellow at Carleton University following a 34 year career in the federal government, and held various executive roles for 21 years. For the last six years, Tony was the Director General of the Charities Directorate at the Canada Revenue Agency and taking on the role of the Regulator of the charitable sector. During his tenure, his appreciation for the sector grew immensely, which was reflected in his efforts in engaging with many members across the sector. Tony did so with an intent to assist, educate, and facilitate the work charities undertook, all the while ensuring compliance. Tony also attended many seminars and conferences in order to put a face to the Regulator, and to remove the fear factor that came with the role, including numerous attendances at Carleton University’s programs related to charities.

After graduating from Carleton University with a Combined Major in Law and Economics, Tony undertook summer assignments with Aboriginal Affairs and Northern Development Canada and joined the public service full time in 1988 in what was known as Secretary of State, (know known as Heritage Canada), then over to Employment and Social Development Canada in 1996, and transferred to the Canada Revenue Agency in 2005, leading the collection of crown debts, until he joined the Charities Directorate in 2016.

Tony enjoys sharing his knowledge and expertise in regard to the machinery of government, the role of the Regulator and the regulatory framework, and in engaging with professors and students on work related to charities.