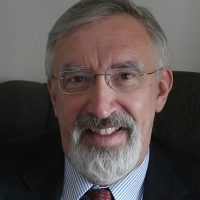 Jim Mitchell is a former public servant and later a consultant. Formerly a Senior Fellow in the Graduate School of Public and International Affairs (GSPIA) at the University of Ottawa, he currently serves as chair of a departmental audit committee and as a member of several not-for-profit boards in Ottawa and the Upper Gatineau.

A former foreign service officer, Jim was a founding partner of the policy consulting firm Sussex Circle, before which he spent nearly 17 years in progressively more senior positions in the Government of Canada, primarily in the Privy Council Office and the Treasury Board Secretariat. He is the author of a number of scholarly articles on public policy and public management, as well as many speeches to a variety of governmental and academic audiences.

Jim was born in B.C., raised in Saskatchewan and educated at the University of British Columbia and the University of Colorado, where he earned a PhD in philosophy. He and his wife Margaret have two sons and four grandsons.