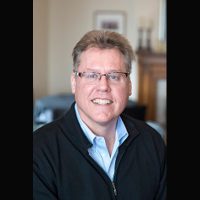 Michael Presley is currently adjunct professor, School of Public Policy and Administration and co-director of the Career Development for Regulatory Professionals program. He is also director of the certificate program in regulatory leadership at the Centre for Public Management and Policy (Odell House) at the University of Ottawa. Before joining the University of Ottawa, he was Assistant Deputy Minister (Regulatory Affairs) at the Treasury Board Secretariat between 2009 and 2014. Prior to that, he spent 15 years at Agriculture and Agri-Food Canada, notably occupying various functions: Director General of the Food Value Chain Bureau, Director General of the Food Bureau and Director of the Environment Bureau. A leading expert in regulatory affairs, Mr. Presley has worked closely with the private sector on many government led initiatives. He is a graduate of Queen’s University (BA political science) and Carleton University (MA public administration).